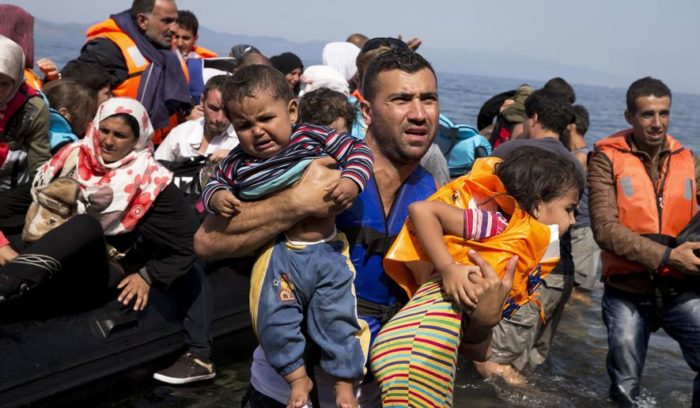 There is no way each one of those 2300 refugees they let in during June was properly vetted and screened to make certain they let no terrorist in.

The U.S. accepted more than 2,300 Syrian refugees in June alone, sending the fiscal year total soaring past the 5,000 mark and putting the government on track to surpass President Obama’s goal of 10,000 by the end of September, but raising questions about screening out potential terrorists.

June’s numbers set a monthly record for the Homeland Security and State departments, which committed resources received earlier this year to streamline the process — in what critics say amounted to corner-cutting — to get back on track toward Mr. Obama’s political goal.

“I believe we will make the 10,000,” Homeland Security Secretary Jeh Johnson testified to Congress on Thursday, assuaging fears of some Democrats that the administration was going to fall short.

Of those accepted in June, more than 99 percent are Sunni Muslims. Just eight identified themselves as Christian, eight identified as a non-Sunni form of Islam, and one reported having no religious affiliation. Those numbers have drawn criticism because the percentage of Sunni Muslims is far greater than that of the Syrian population as a whole, which is about 75 percent Sunni.

Mr. Obama vowed last year to take 10,000 refugees as a way to help Syrians caught in a 5-year-old civil war, in which the Assad government, Islamist militants and Western-backed rebels are fighting for control of the country. Security officials warned that it would be difficult to check the histories of refugees, but Mr. Obama dismissed those fears and started the process.

It began slowly, but a surge of resources has put the refugee program on track.

Michigan, which has a large Muslim enclave around Detroit, accepted more than 10 percent of the refugees in June. The South is increasingly a destination as well, with massive increases in Roanoke, Virginia; Columbia, South Carolina; Raleigh, North Carolina; and Nashville, Tennessee. More