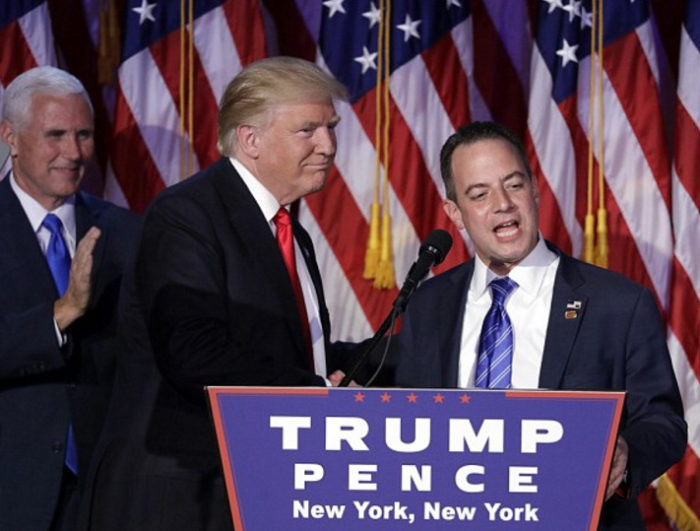 Trump will name Reince Priebus as Chief of Staff: The Donald goes with an insider to make America Great Again as he taps head of the Republican National Committee to help run the government.

President-elect Donald Trump is to name Republican National Committee Chairman Reince Priebus as his chief of staff, according to sources.

The news is likely to bring dismay to certain quarters of Trump’s more anti-establishment support, while others will see the move as a conciliatory gesture to more moderate conservatives.

Priebus, who helped negotiate the ‘pledge’ about supporting the ultimate winner and who stood by Trump even as other powerful members of the establishment kept their distance, emerged as a leading choice immediately after the election.