Whenever our government is handing out free stuff you can guarantee there will be a massive amount of fraud.

Just another little piece of the swamp that needs to go.

The Daily Caller: A massive portion of Obamaphone recipients are receiving the benefit after lying on their applications, according to a new 90-page report from the Government Accountability Office (GAO). 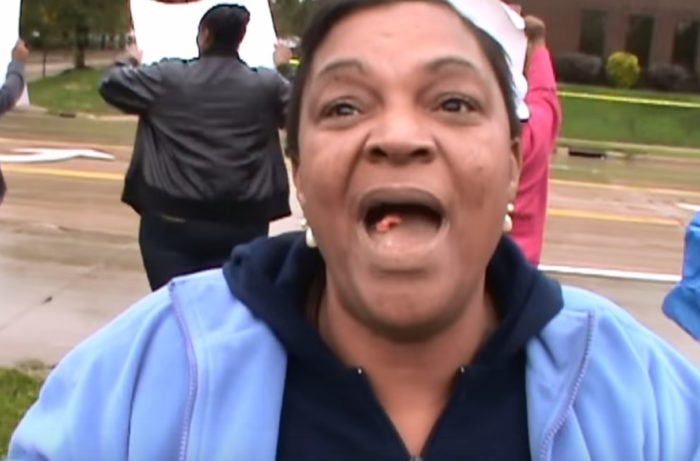 An undercover sting operation showed ineligible applications were approved 63 percent of the time, and a review that found that 36 to 65 percent of beneficiaries in various categories had lied in easily-detectable ways but were approved anyway.

The fraud reached unheard-of proportions because the Federal Communications Commission let the task of screening for eligibility fall to phone companies that profit off of enrolling as many people as
possible.

GAO undercover investigators applied for free government phones 19 times using criteria that should have been rejected, and “we were approved to receive Lifeline services by 12 of the 19 Lifeline providers using fictitious eligibility documentation.”

All someone has to do to apply for free cell phone service is say that they are on another welfare program, such as food stamps or disability, known as SSI.

But nationwide, “only 35.5 percent of people claiming eligibility based on SSI could actually be confirmed as eligible,” the GAO found. That means 64.5 percent of people appear to have lied and may not even be poor. The rate at which GAO’s undercover applications were approved works out to a nearly identical figure as the SSI metric.

The FCC took applicants at their word and did not consult intra-governmental databases to see whether they were actually on SSI. In Georgia, the percentage who appear to have lied about their SSI status to attain benefits is 79 percent.

That national rate of 64.5 percent is three times higher than the next-highest fraud-ridden federal program, the Earned Income Tax Credit, at 24 percent, according to PaymentAccuracy.gov. More