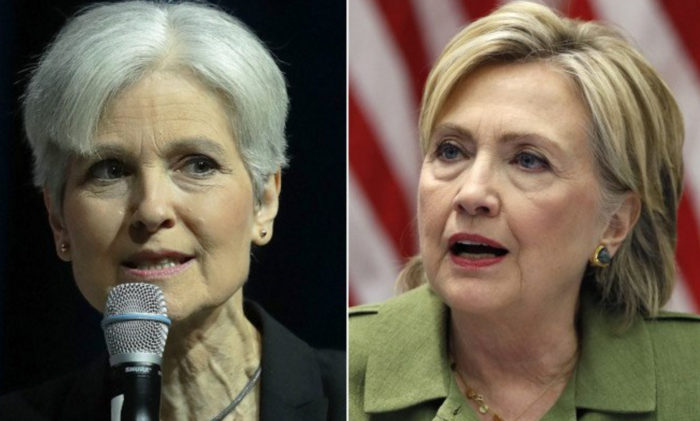 Geez, I wonder if the fact that the SEIU is responsible for manufacture and repair of voting machines in Nevada had anything to do with it?

Massive voter fraud in the 2016 Presidential election has been uncovered in Nevada.

Well it appears Nevada, which has voted for the winner of the Presidency for the past 108 years may have been stolen and must be investigated by the Feds. Not Obama feds but incoming Attorney General Jeff Session must investigate this issue.

Barth interviewed Republican Assembly Candidate for District 15, Stan Vaughan, who had actual proof of the massive voter fraud in his Clark County district.  A total number of 17,086 votes were cast in the District for both Republican and Democrat candidates. However, when confirmation letters were sent to the voters in the District, the US postal service returned mail from 9,200 of these voters.

Vaughn found that many of the people who are listed as deceased are still on the active voter rolls. Many of the returned mail came back with 5 people living in a vacant lot with no mail receptacle.  Edward Snowden, Willie Nelson, Waylon Jennings and dozens of movie stars were registered to vote in District 15 according to Mr. Vaughan.

Vaughan tested a sample of 200 people of the 9,200 return mail and found that 185 of those had indeed voted.  According to Mr. Vaughan, there were other serious voting system irregularities he documented.

President-elect Donald Trump lost by only 27,000 votes statewide in Nevada.  So 9,200 fraudulent voters in one small Assembly district is more than 1/3 of the total margin that Trump lost by.

It was previously reported that Nevada poll workers wore defeat-Trump t-shirts at the polls during the election which was against the law and Hillary supporters were caught breaking the law before the election when registering people to vote as well.

Green Party candidate Jill Stein has asked for recounts in three states won by President-elect Donald Trump in this year’s election (Wisconsin, Michigan and Pennsylvania).  Her rationale for requesting these recounts was voter fraud.  However, there is no indication Stein will request any recounts in Nevada.