Kentucky State Police have arrested a person accused of assaulting Sen. Rand Paul at his home in Kentucky, the senator’s office just confirmed. 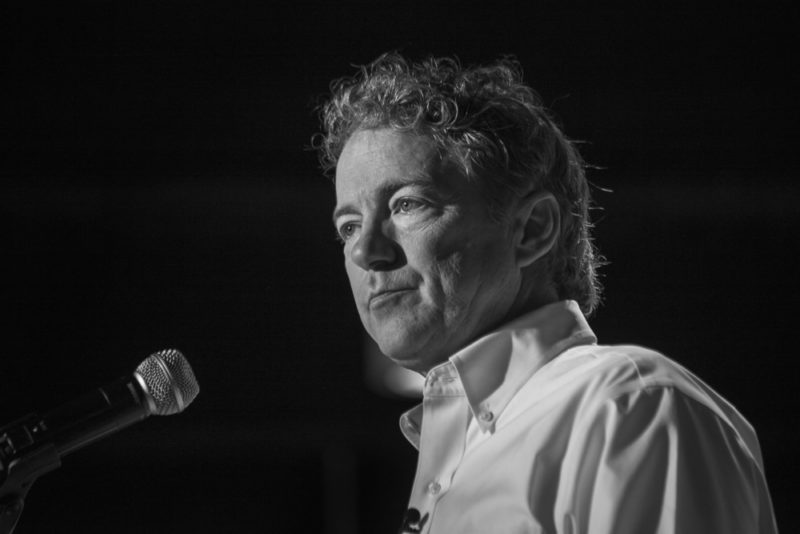 KSP troopers responded to Paul’s home in Warren County at about 3:21 p.m. Friday in reference to a report of an assault, according to the news release.

Boucher was charged with one count of fourth degree assault with minor injury, and was lodged in the Warren County Regional Jail.

In a statement released after the incident, the Kentucky lawmaker’s spokesperson Kelsey Cooper said “Senator Paul was blindsided and the victim of an assault. The assailant was arrested and it is now a matter for the police.

Below is a photo of the suspect’s mug shot.

“Senator Paul was blindsided and the victim of an assault,” Kelsey Cooper, a spokeswoman for Paul, said in a statement. “The assailant was arrested and it is now a matter for the police. Senator Paul is fine.”

The suspect was identified as 59-year-old Rene Boucher of Bowling Green, Kent., according to a statement from Kentucky State Police reported by the Bowling Green Daily News. –True Pundit

Boucher is an anesthesiologist and pain specialist. He got his medical degree from Des Moines University College of Osteopathic Medicine after being pre-med at Providence College in Rhode Island, according to Doximity. Boucher has practiced medicine in since 1982 and attended high school in New Bedford, Massachusetts. Between 1985 and 1993, Boucher was pain management specialist at the Letterman Army Medical Center in San Francisco where he also did his residency.

In 2005, Boucher appeared on QVC marketing a rice-filled vest that was designed to alleviate back pain, reported the Bowling Green Daily News. The vest retailed at $30 and had to be microwaved before use. The website for Therm-a-Vest is no longer active. WAVE reports that Boucher retired in 2015.

In May 2017, Boucher shared a story on Facebook about Republican Congressman Greg Gianforte assaulting The Guardian’s Ben Jacobs in Bozeman, Montana. The assault was described as a “body slam” at the time. Boucher writes in his Facebook bio that he is in a relationship. The Bowling Green Daily News article about Boucher’s pain relieving vest saw him city his wife, Lisa, as a reason for its success.

Boucher is a registered Democrat. Since Trump’s ascendency to the president, Boucher has been severely critical the GOP on Facebook. Boucher is shown to be an advocate for gun control and healthcare reform. There does not seem to be any posts that target Senator Paul. – Heavy

AG Sessions Must Act Now... Create Special Investigations Into Uranium One or Go Down in History as Modern Day Benedict Arnold