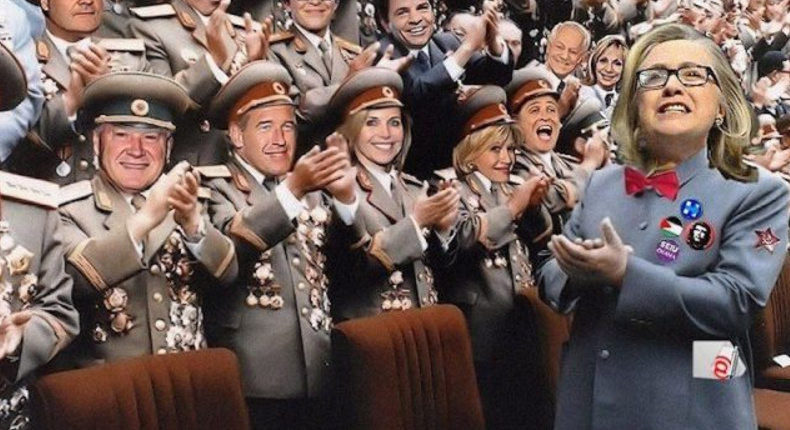 The Clinton campaign sent out invites to New York reporters in April 2015 on their off-the-record meeting on how to sell Hillary Clinton to the public.

Wikileaks just released a list of reporters who were in attendance at a pow wow for Hillary in April of 2015. Biased isn’t even the word for these scumbags! Take names and never trust these people!

The Clinton campaign likes to use glitzy, intimate, completely off-the-record parties between top campaign aides and leading media personalities. One of the most elaborately planned get-togethers was described in an April, 2015, memo — produced, according to the document metadata, by deputy press secretary Jesse Ferguson — to take place shortly before Clinton’s official announcement of her candidacy. The event was an April 10 cocktail party for leading news figures and top-level Clinton staff at the Upper East Side home of Clinton strategist Joel Benenson, a fully off-the-record gathering designed to impart the campaign’s messaging: More 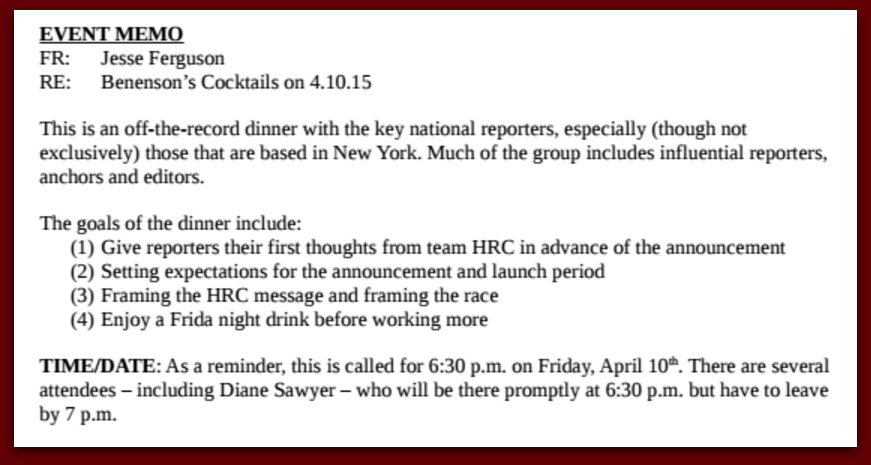 These 38 reporters should NEVER BE TRUSTED! 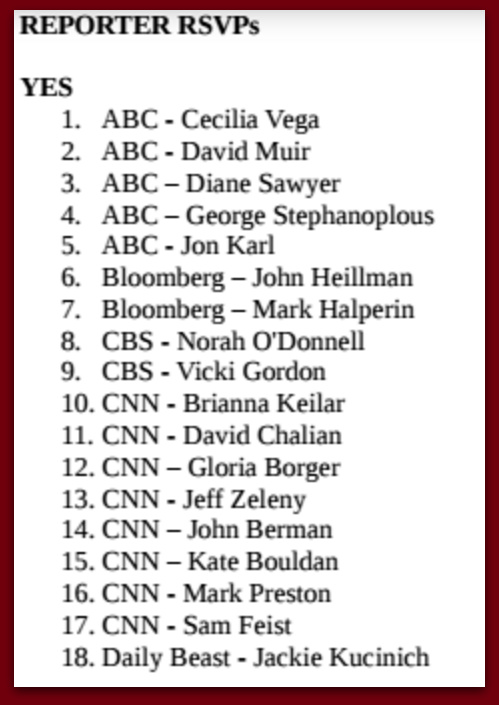 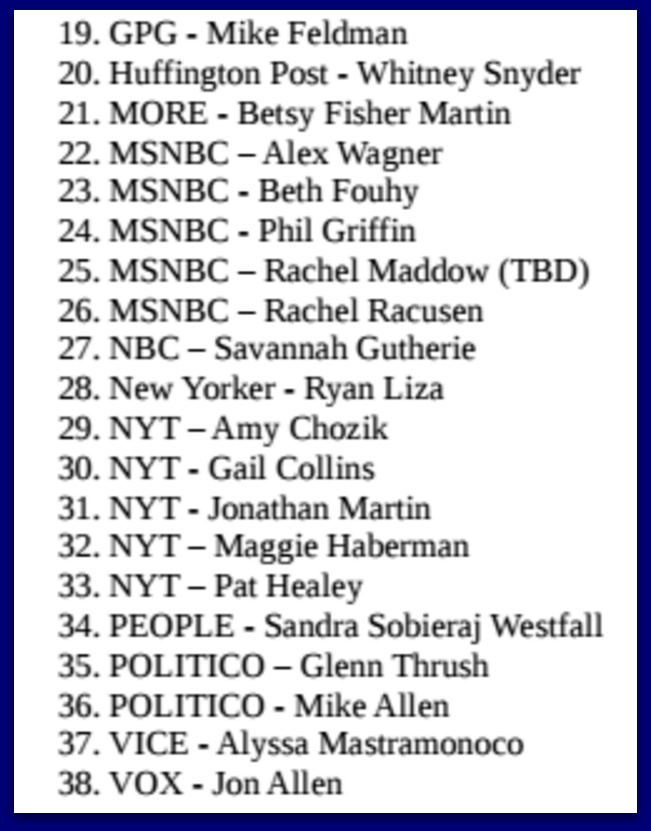 Here Are The Transcripts Of Hillary’s Goldman Sachs Speeches