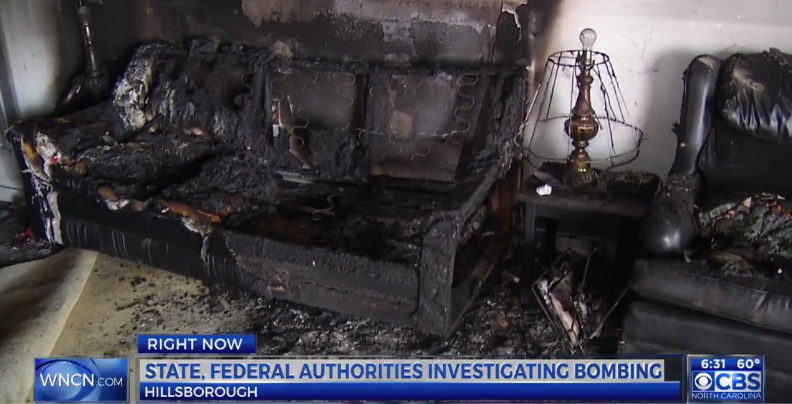 How is it that only the liberal left, the “we do not discriminate & accept all” are the ones who resort to violence?  Another example of the liberal left’s bigotry, hatred and hypocrisy.

When the the FBI and DOJ refuse to uphold laws against corrupted politicians like Hillary Clinton it sends all the wrong messages to the public.

A Republican party headquarters in North Carolina was firebombed and a nearby building was vandalized and those responsible were still on the loose, authorities said Sunday.

The Charlotte Observer reported that the inside of the Orange County Republican Party headquarters in Hillsborough was severely damaged from the attack Saturday and an adjacent building was marked with spray pained graffiti reading “Nazi Republicans get out of town or else.” No one was injured.

“The office itself is a total loss,” state GOP Executive Director Dallas Woodhouse said. “The only thing important to us is that nobody was killed, and they very well could have been.”

He said Republican offices around the state were re-examining their security.

The walls over the multi-room office were covered in black char, and a couch against a wall had been burned down to its springs. Shattered glass covered the floor, and a melted campaign yard signs showed warped lettering. According to WNCN-TV, a bottle of flammable liquid was thrown through the front window of the office. More