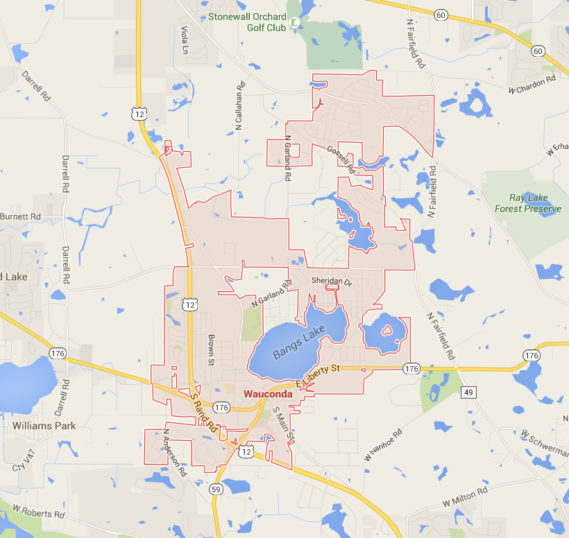 Police have evacuated another 125 homes in the area.

Wauconda police are alerting residents via Facebook that a resident near the 400 block of Lakeshore Boulevard may have explosives in his home and that others within the area should evacuate immediately.

The suspect is already in custody and a search warrant of his home obtained.

Wauconda officer Heather Cognac said about 125 homes lie within the evacuation area. Officers from Wauconda are making sure all these homes are empty before beginning the search of the suspect’s home with assistance from the Waukegan bomb squad and Illinois State Police SWAT Team.

The intersections being blocked off are those of Mill Street and Route 176, Lakeshore Boulevard and 176, Highland Avenue and Clearview Avenue, and Hill Street and Lakeshore.

WAUCONDA, Ill. (WLS) — Wauconda police say they are evacuating an area around a house in the 400-block of Lakeshore Boulevard in Wauconda after receiving a tip that a man may have explosives in his home.

Police say they have a suspect in custody and are evacuating the interior of a perimeter set up around the home to complete a search. Police say that the Waukegan Bomb Squad and Illinois State Police SWAT team are on site and will assist in the search of the home.