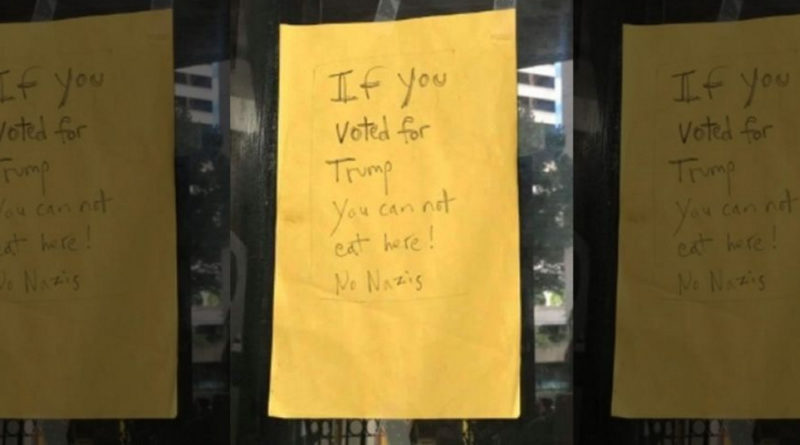 Honolulu’s Café 8 ½ gets rave reviews on Yelp for its “Radiatore Verde” and “Italian stir fry,” among other popular dishes at the eclectic mom-and-pop restaurant – but the response to its new ‘policy’ barring pro-Trump patrons has been decidedly more mixed.

A bright yellow, handmade sign posted on the restaurant’s front glass door declares: “If you voted for Trump you cannot eat here! No Nazis.”

A photo of the sign was shared with FoxNews.com. One also is proudly posted on the café’s Facebook page, and was “liked” by some 40 people.

“…The next time you’re in Honolulu, eat lunch here, not only are they on the right side of things, the food is delicious and reasonable,” one Facebook user wrote next to the photo.

Others aren’t so charmed.

“It’s childish and very unprofessional,” she said in an email. “… The restaurant owner doesn’t have to worry … I will not be stepping foot in that establishment.” More