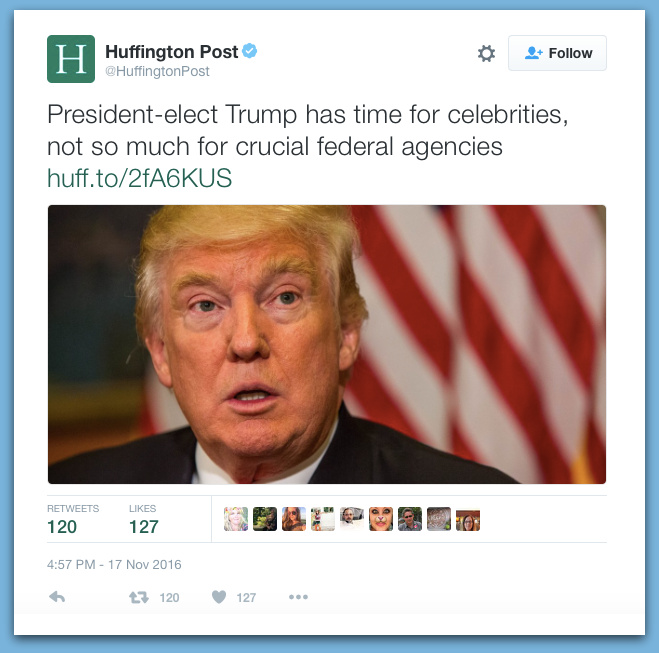 This is the kind of “journalism” brain dead liberals generate…

This would be a joke if it wasn’t so ridiculous.

First of all, he’s been elected barely over a week. Second, in that time he’s met with Obama, Pence has met with Biden, he’s appointed a chief of staff and a chief strategist. He’s called about 15 world leaders, met with Japanese PM Shinzo Abe, appointed and met with people on his transition team, met with multiple candidates for various positions in his Administration. He’s probably done more than Barack Obama does in a month.

As for meeting with celebrities, the Obama presidency, not to mention the Clinton candidacy, was all about celebrities and hanging with people like Beyonce and Lady Gaga. To suddenly din Trump for something which brought nothing but admiration for Obama from Huff Po is just a bit hypocritical.

Finally, as even David Axelrod points out, to attack him over transition and how quick he’s moving or not moving is rather ridiculous.

This graph shows how true that was. It sets out how long it took to make appointments for each president. No one had made any in the first week, except for George H.W. Bush. 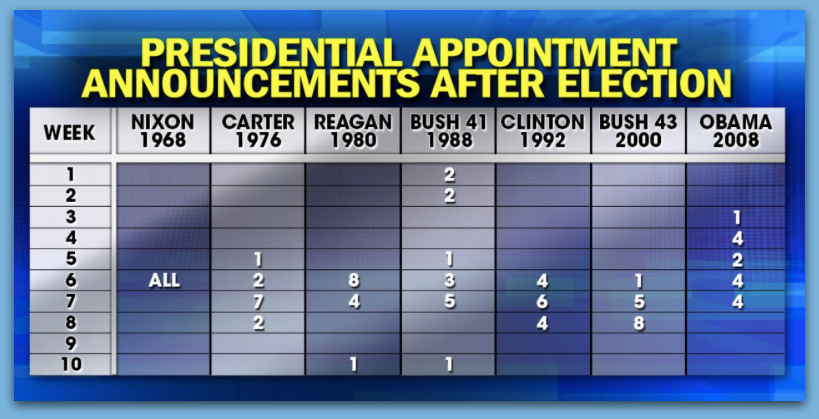