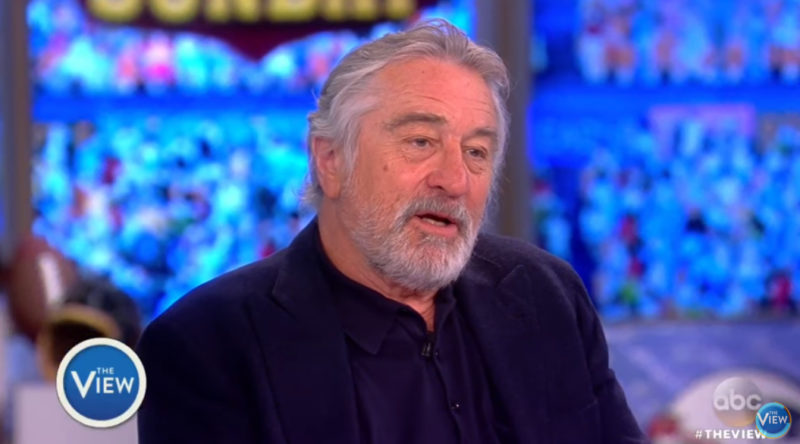 Just another actor with a big mouth… I have a prediction about Robert DeNiro’s new movie “THE COMEDIAN” it will be a box office flop.

Robert DeNiro went on “The View” this morning to promote his latest movie — and to threaten the President of the United States.

DeNiro said he still wants to punch President Trump in the face.

“Of course, I want to punch him in the face.

Democrats: The party that supports violence and fascism.

“I said that because he said that about somebody, he’d like to punch somebody in the face and how dare he say that, of course I want to punch him in the face,” De Niro explained today, doubling down.

“It was only a symbolic thing anyway, it wasn’t like I was going to go find him, punch him in the face,” he added. “He’s gotta hear it, that’s what he makes people feel. It’s not good to feel that way, but at the same time, sometimes when people are bullies like that, that’s what you have to do to shut them up and bully them back.

Someone needs to notify the Secret Service. More

Thousands Of Muslims Take Over NYC Streets In Protest (Video)