Is Robert Mueller trolling President Trump ahead of his meeting with Vladimir Putin? We all know that this was designed to hurt and undermine our POTUS. But it won’t.

The announcement came right after Peter Strokz’s testimony. Could it be more obvious that it was timed to step on the Strokz story and try to interfere with Trump’s meeting?

I think this is the period when Robert Mueller can be the most dangerous. He and Rod Rosenstein planned this in a very public way trying to ignite the media and Democrats.

Dirty cop Robert Mueller indicted 12 more Russians on Friday in his ongoing witch hunt to discredit and bring down the Trump administration in a phony collusion scandal. Mueller and accomplice Rosenstein waited to announce the junk charges until the US president was on foreign soil and just days before his meeting with Russian President Vlad Putin. To date 80% of Robert Mueller’s junk indictments have been against Russians who will never face a US court because they will never visit the United States.It now appears that all of this new and urgent information released by dirty cop Rod Rosenstein on Friday was already published months ago in the House Intel report on Russian active measures released by Rep. Devin Nunes.Rep. Devin Nunes (R-CA) tweeted this out on Friday.

Specifically you only had to read page 4 findings 7-10. Just reading Chapter 2 you would have got the gist of it..all this despite the ridiculous redactions. Sadly the media ignored most of our findings on March 22 and the whole report since April 27. https://t.co/umYtRL5hd5

Devin Nunes tweeted out on Friday that his House Intel panel report on Russian active measures uncovered everything in the latest Mueller Russia indictments.

It is all listed on the Summary of Findings in the April House Intelligence Report. 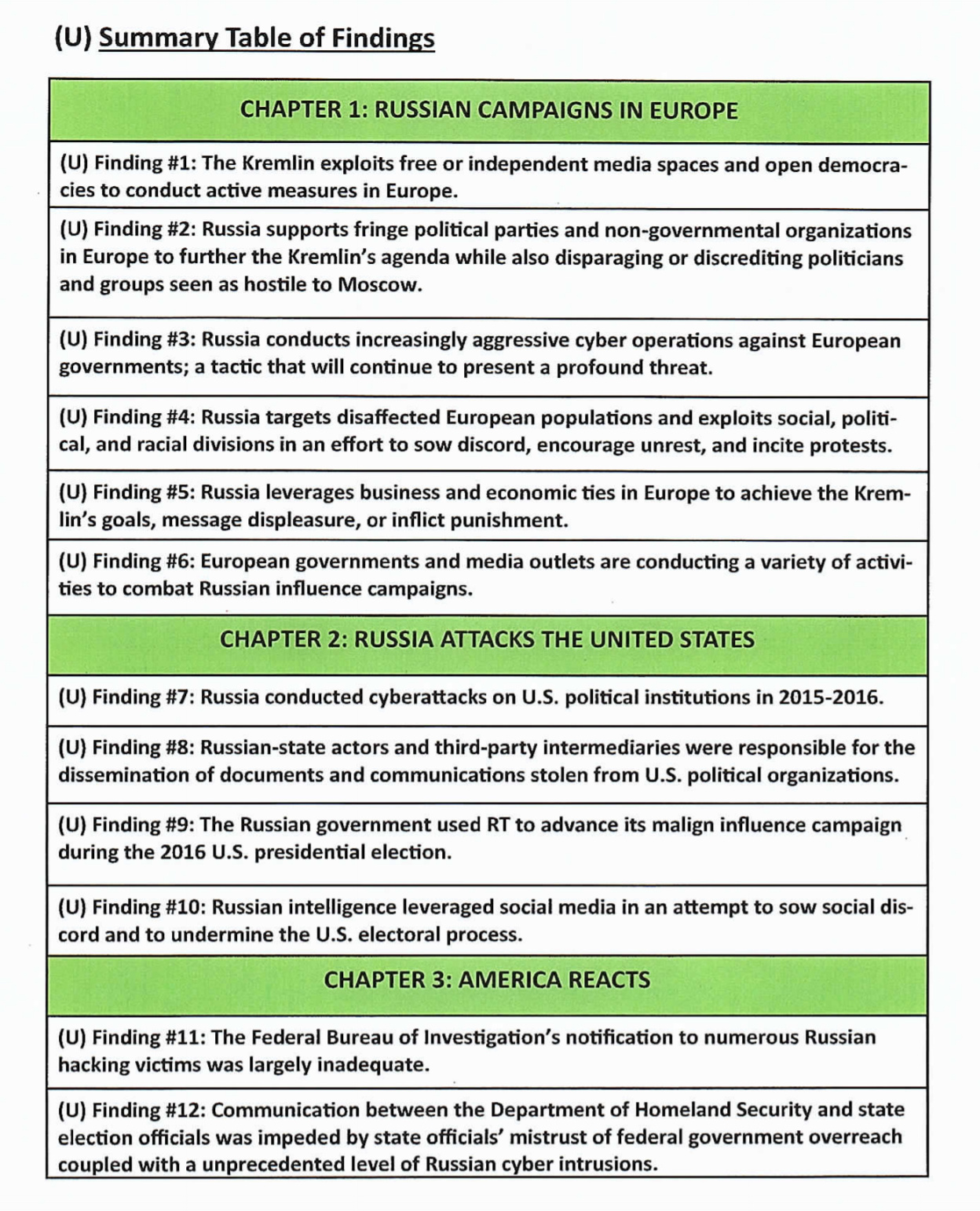 Again — the full House Intel report is here and includes all of the details from Rosenstein’s urgent press conference on Friday.

Rosenstein and Mueller did this on the last business day before the Trump-Putin meeting in Helsinki.

Rosenstein interrupted President Trump’s foreign trip to drop this information that was PREVIOUSLY RELEASED by the House Intelligence Committee.

It can’t come a day too soon.

Hillary Implies Kavanaugh Will Lead America Back To Times Of Slavery

Police Sent To Seize Vet’s Guns Without A Warrant, But He Refused To Turn Them Over