It had better be some really juicy intel if they are offering up Debbie. I am sick of seeing immunity deals passed out like candy to Democrats and their treacherous friends…

I would like to see the Awan brothers walk scot free and then directly deported back to Pakistan after singing like a canary.

TGP: With each passing day, we learn more and more about the dark and murky past of Pakistan IT staffer Imran Awan. 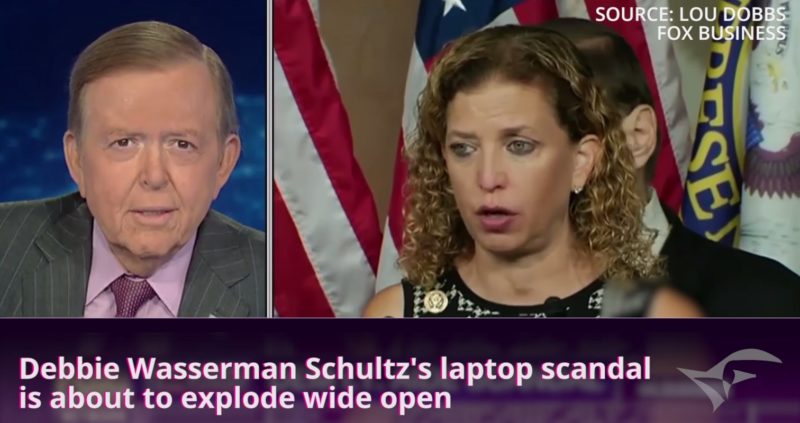 The former employee of Rep. Debbie Wasserman Schultz is accused of stealing hardware from ranking Democrats and sending sensitive intel to foreign groups like the Muslim Brotherhood.

Now there are rumblings the Awans could receive immunity in exchange for dirt on Wasserman Schultz, predicts Rep. Trent Franks (R-AZ).

Here is the video from Lou Dobbs Tonight:

But, at least according to Congressman Trent Franks (R-AZ) who appeared on Fox News recently, there may be more to Alvi’s return than meets the eye as he predicts that the Awans could be working on a broader immunity deal with prosecutors in return for a “significant” and “pretty disturbing” story about Debbie Wasserman Schultz.

“I don’t want to talk out of school here but I think you’re going to see some revelations that are going to be pretty profound.  The fact that this wife is coming back from Pakistan and is willing to face charges, as it were, I think there is a good chance she is going to reach some type of immunity to tell a larger story here that is going to be pretty disturbing to the American people.”

“I would just predict that this is going to be a very significant story and people should fasten their seat belts on this one.”

Rep. Trent Franks (R-AZ) was on with Lou Dobbs recently.

IT specialist Imran Awan worked for Debbie Wasserman Schultz for thirteen years since she was first elected to national office in 2004 as a Florida representative.

She only fired him after he was arrested and would have kept paying her “IT expert” even after he fled to Pakistan.

The Awan brothers IT ring had access to emails and computer data from an estimated 800 lawmakers and staffers.

Three Pakistani brothers who managed the IT affairs for several Democratic government officials were relieved of their duties in February on suspicion that they accessed specific computer networks without permission, also known as hacking.

Most of the House Members fired the Awans subsequently.
Only Debbie Wasserman Schultz kept Imran Awan on the pay roll up to the day he got arrest for Bank Fraud after trying to flee the country.

The rest of the family fled since months to Pakistan along with hundreds of thousands of tax-payer money they mysteriously were able to wire.

Democrats were willing or unwillingly compromised by the Awans and Sensitive Information leaked to foreign Enemies!  (Muslim Brotherhood – Yemen Raid with dead soldier for example?) Many of them have Seats on Committees that handle highly sensitive information.

More information is coming out on Imran Awan and his criminal activities.
Awan pretended to be his wife when requesting a loan from the Congressional Federal Credit Union and got it! He had the credit union wire $165,000 to PAKISTAN – no questions asked.

In public lawsuits in Fairfax County, Va., the brothers have been accused of life insurance fraud as well as fraud involving a car dealership.

Just when you thought the Awan brothers case couldn’t get any more bizarre, the Daily Caller’s Luke Rosiak floats the idea that Imran Awan may have planted Rep. Debbie Wasserman Schultz’s laptop for Capitol Police to find. Rosiak provided background on how the laptop was discovered.

Hillary Had No Concession Speech Ready... Blames Her Loss On ‘White People’ (Video)