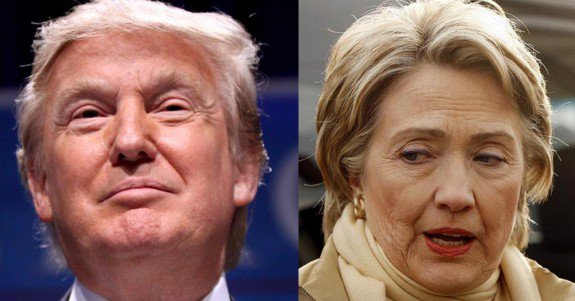 Rush is 100% correct. Trump is a gold mine. The nation is excited, engaged, and watching every move in this election.

Let me give you one little thing: My instinctive feeling right now is that Trump is gonna win, beat Hillary badly, that it could be landslide proportions…

… The only reason Hillary Clinton’s gonna win is because the Democrats have rigged that system for her according to their rules, where she’s gonna get all the delegates or however many she needs to win this no matter what the election returns in every Democrat primary are. Now, the Democrats are making the same mistake here that some may have made in the Cruz campaign.

They think that Hillary can go ahead and lose these states, lose every state. She’s losing more than she wins. If you follow the news, it’s clear Bernie Sanders is winning (it seems like) every primary the past month. And accompanying every Bernie Sanders victory story is the fact that he won nothing, that Hillary gets the delegates. So there’s just as many — or proportionally just as many — agitated Democrats. You add up people supporting Bernie Sanders to people supporting Donald Trump, and the people that supported Ted Cruz.

You add up those voters — and if they all vote, too, Hillary Clinton doesn’t have a prayer. I don’t care about the Electoral College. I don’t care about anything else. Just like in terms of the people that are fed up with Washington and the establishment, as we sit here today, she is the lone candidate representing what obviously so many Americans, Republicans and Democrats for their own reasons right now happen to despise. She’s losing the vote in every state, and yet the Democrats expect her to triumph. Where is her momentum? More