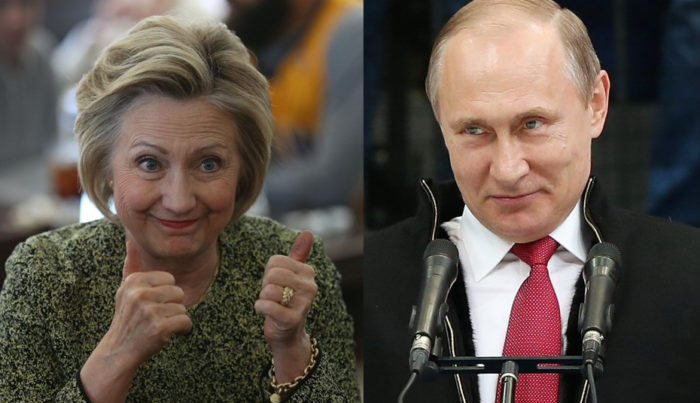 Are they also funding the anti-pipelines groups?

Democratic nominee Hillary Clinton confirmed to an audience behind closed doors what national security experts have warned about for years — Russians are pumping money into anti-fracking environmental groups.

Clinton told an audience in Edmonton, Canada, hosted by the PR firm tinePublic, that Russian oligarchs were propping up “against phony environmental groups” opposed to pipelines and hydraulic fracturing, according to emails published by WikiLeaks.

Trending: ISIS Executed Six Of Its Own Leaders With A Flamethrower

“We were up against Russia pushing oligarchs and others to buy media,” Clinton said in a June 2014 speech.

“We were even up against phony environmental groups, and I’m a big environmentalist, but these were funded by the Russians to stand against any effort, oh that pipeline, that fracking, that whatever will be a problem for you, and a lot of the money supporting that message was coming from Russia,” she said. More