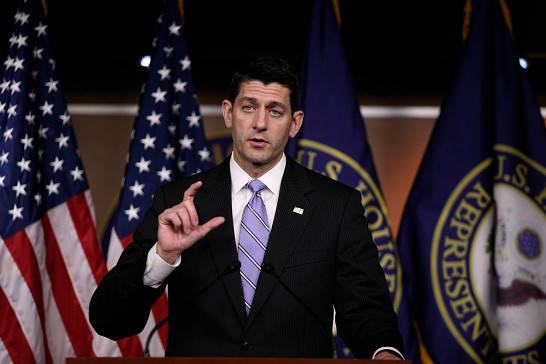 House Speaker Paul Ryan ripped the Obama administration on Monday for redacting all references to ISIS made by Orlando gay nightclub shooter Omar Mateen in 911 transcripts released by the feds.

Homegrown terrorist Mateen made no secret of his desire to kill Americans, in the name of ISIS, during his calls to 911 and conversations with cops as he killed 49 people and wounded 53 on June 12.

But when the FBI released partial transcripts of Mateen’s evil words on Monday, mentions of ISIS had been taken out.

“Selectively editing this transcript is preposterous,” Ryan said in a statement. “We know the shooter was a radical Islamist extremist inspired by ISIS. We also know he intentionally targeted the LGBT community.”

Ryan called on President Obama to make all of Mateen’s words public.

“The administration should release the full, unredacted transcript so the public is clear-eyed about who did this, and why,” Ryan said.

“Part of the redacting is meant it not give credence to individuals who have done terrorist acts in the past. We’re not going to propagate their rhetoric, their violent rhetoric and we see no value in putting their names back out there,” he said.

“For cowards like this one, people like that influence them so we’re not going to continue to put their names out front.”

It had been known earlier Monday that references to ISIS would be removed, drawing criticism from Florida Gov. Rick Scott. More