Perhaps we need a new Speaker? One who Speaks for We the People instead of against us! He acts only in his own self-interest at all times. All the more reason the swamp must be drained and term limits are needed. Yes. We need a new conservative speaker!

Republicans unite now, or you will hand control back over to the Democrats in the midterms. We voted you in for tax cuts, jobs, to build the wall and infrastructure. 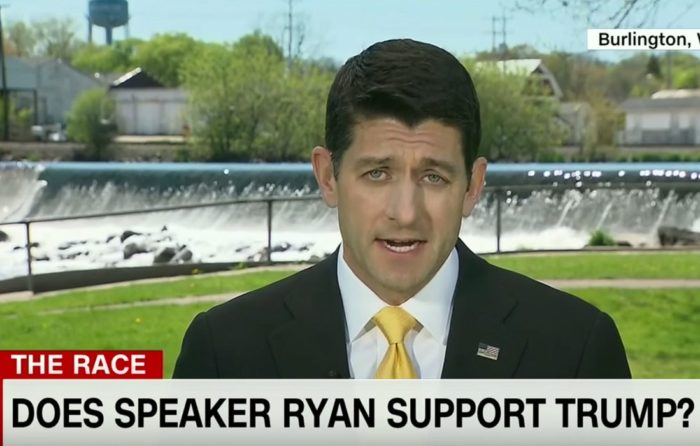 TGP: In late April President Donald Trump proposed a historic tax plan that would offer US businesses and workers major relief from their tax burden.

The new plan cuts corporate taxes and middle-class taxes. The law reduces the seven brackets to three brackets. The business tax will be reduced to 15%. The new law also repeals the death tax.

Under the Ryan plan includes a new border adjustment tax to help pay for the steep decline in corporate taxes. Of course, Ryan’s plan would force Americans to pay more for imported goods.

Because of his stubbornness and arrogance US tax cuts may be delayed for American workers this year.

Bloomberg: Paul Ryan’s tenure as House speaker will be judged in part on whether he can deliver a Republican tax plan. But rather than spearheading the effort to reach consensus, Ryan is still clinging to his own widely rejected proposal.

The resulting impasse could relegate the House to the sidelines as the Trump administration and Republican senators try to come up with an alternative plan. The worst-case scenario for Republicans is that they never find one.

Blame Ryan’s wonky streak. Unlike most of his predecessors — who don’t usually hatch their own proposals but rather sift through the options to find the one that can pass — Ryan has been unusually invested in the details of major legislation.

And on taxes, he still maintains that the rest of the party will come around to the merits of his idea, namely a border-adjustment concept Ryan has proposed to help pay for a steep cut to the corporate tax rate.