WOW! No border wall for the U.S.A. but they can enhance border security for Hezbollah?

The American people have given them both houses and the presidency, a very weak democrat party that is in complete disarray and they still can’t get anything done? They’re so worried about the next election they can’t seem govern. Maybe if you grow a pair you’ll get re-elected!

When can we conclude that Paul Ryan is a traitor to his own country? 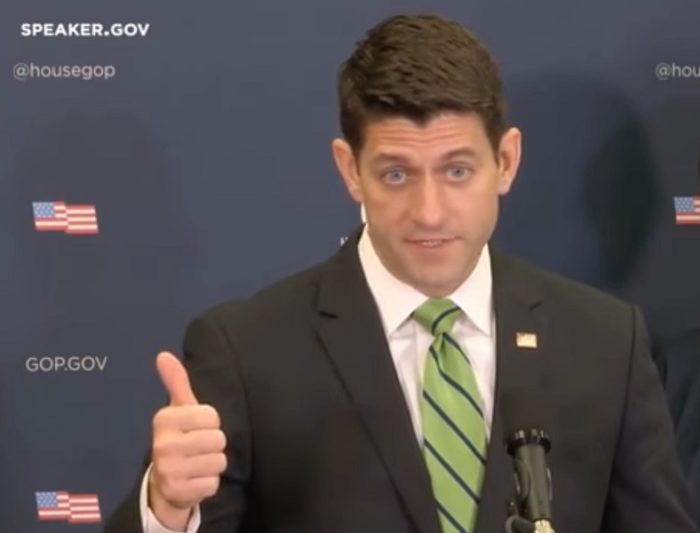 TGP: House Republicans released its $1.1 trillion 1,665 page spending bill that includes an average of approximately 210 words per page — —or about twice as long as the stimulus law (the “American Recovery and Reinvestment Act”) that President Barack Obama signed less than a month after his inauguration in 2009.

Speaker Paul Ryan and GOP leaders inserted language that specifically restricts any and all funding of the Trump border wall.

However, Paul Ryan’s bill will provide funding for border security in Jordan and Lebanon! Wow!

From page 364 of the House spending bill:

Hi @SpeakerRyan! Why does your budget put the border security of Middle Eastern countries ahead of the United States? pic.twitter.com/IDXtk6kaUU