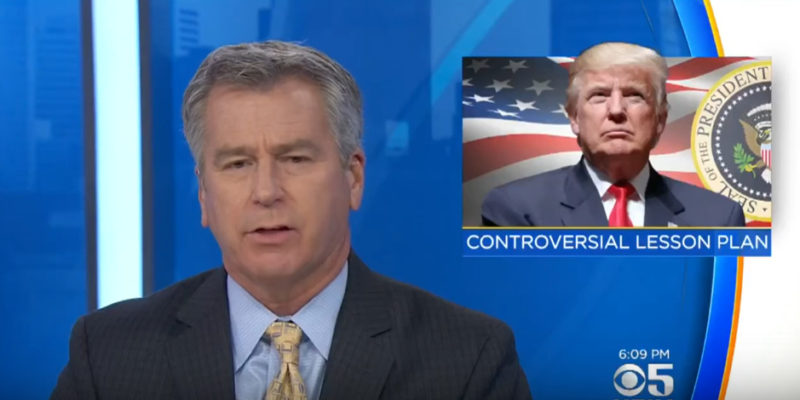 San Francisco has been a lost cause for quite a long time now, and this is just more of the same. Young students are being indoctrinated!

If you teach students to be ‘critical thinkers’, then you wouldn’t need to indoctrinate them. Pushing politics, whatever they are should not be being pushed in schools. Yes, if students are for Trump, they will be grilled and intimidated out of their beliefs. Why is this any kind of considered lesson plan?

It’s heartening to know that we can always count on teachers unions to act professionally in shaping young impressionable minds. For instance, San Francisco public schools have now been offered a riveting new lesson plan that would teach the district’s 57,000 students that President-elect Donald Trump is “a racist, sexist man.”

The lesson plan was written by social studies teacher Fakhra Shah (no inferences there, right?) was disseminated in the San Francisco teacher’s union newsletter to at least 6,000 members The lesson plan states that Trump became president “by pandering to a huge racist and sexist base.”

According to the Associated Press, which first reported the incident, it is “unclear how many teachers have used the plan outlined by a Mission High School teacher, but it appears to have the tacit support of city education officials.”

Tacit support is an understatement. The lesson plan is grossly unprofessional and it should have been denounced swiftly. What’s more, the teacher who crafted the lesson plan should face disciplinary consequences. Instead, school district spokeswoman Gentle Blythe lent it her blessing: More