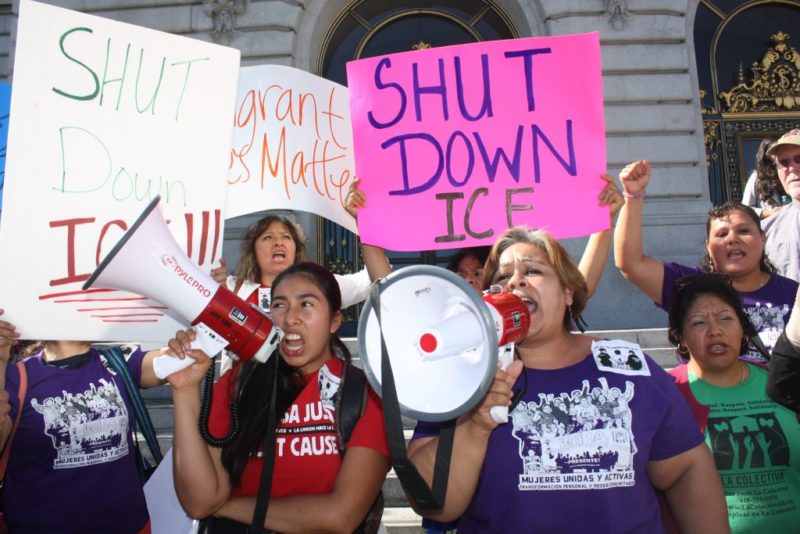 If they are here illegally they shouldn’t have any rights. Why should the tax dollars go to benefit people who shouldn’t be here to begin with?

It appears San Francisco is making another move to avoid complying with federal immigration law.

City supervisors are considering a proposal that would give illegal immigrant residents legal representation in deportation proceedings.

Claudia Cowan explained on “America’s Newsroom” that San Francisco is basically doubling down on its sanctuary city status.

Cowan reported that activists recently gathered outside city hall to demand that detainees have access to immigration lawyers, and to voice their concerns about President-elect Donald Trump.

County supervisor David Campos argued that everyone in America deserves the same access to public resources, regardless of citizenship status.

“We’re going to invest the resources needed to make sure that the 44,000 undocumented people who live in this city and county of San Francisco have, at a minimum, legal representation if they’re taken into immigration court,” Campos said.

Cowan said that critics, on the other hand, argue that policies like this continue to “roll out the welcome mat” for illegal immigrants, and waste tax dollars.

Watch the “America’s Newsroom” report above.

Celebrities Desperately Plead With Electors To Not Vote For Trump