What? Were you expecting a socialist like Bernie to live up to his own hype? Come on, people! If he pays his drones a “living wage” he might have to cut back to two homes, or maybe even just one! Oh, the horror.

Just like all socialist leaders, they live the life of luxury in the penthouse, while their followers are in the outhouse.

WZ: He could make it up to them by inviting them to his lake house, one of the three houses he owns… 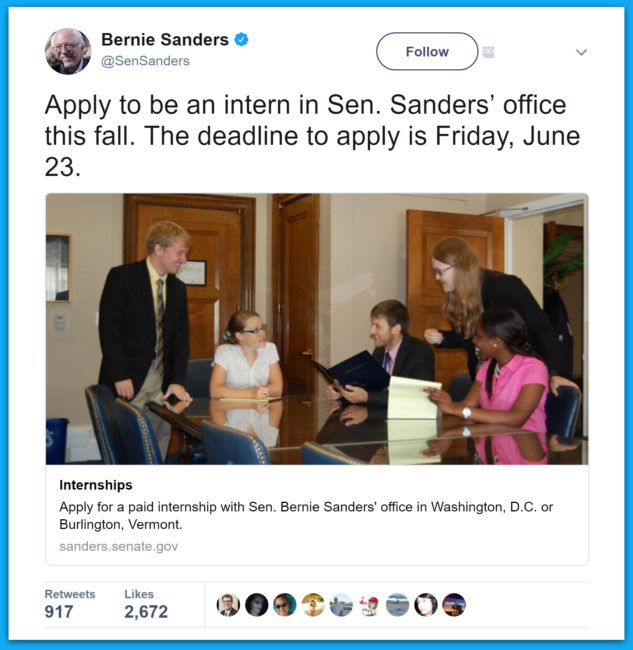 Free Beacon: Sen. Bernie Sanders (I., Vt.) has been a vocal advocate for the United States raising the federal minimum wage to $15 per hour, but he is unwilling to pay his interns the same amount.

Back in April, Democrats united behind Sanders’ legislation that would raise the minimum wage from $7.25 per hour to $15 per hour. On his campaign website, Sanders claims too many Americans are being paid “inadequate” wages.

“Millions of Americans are working for totally inadequate wages. We must ensure that no full-time worker lives in poverty,” Sanders’ website reads. “The current federal minimum wage is starvation pay and must become a living wage. We must increase it to $15 an hour over the next several years.” More