Sanders Responds To Steinle Verdict With This Powerful Warning!

A jury’s verdict acquitting Jose Zarate of second-degree murder in the 2015 shooting death of Kate Steinle has sparked new focus on the case.

The shocking verdict prompted debate over the nation’s immigration laws, and more specifically San Francisco’s status as a “sanctuary city.” 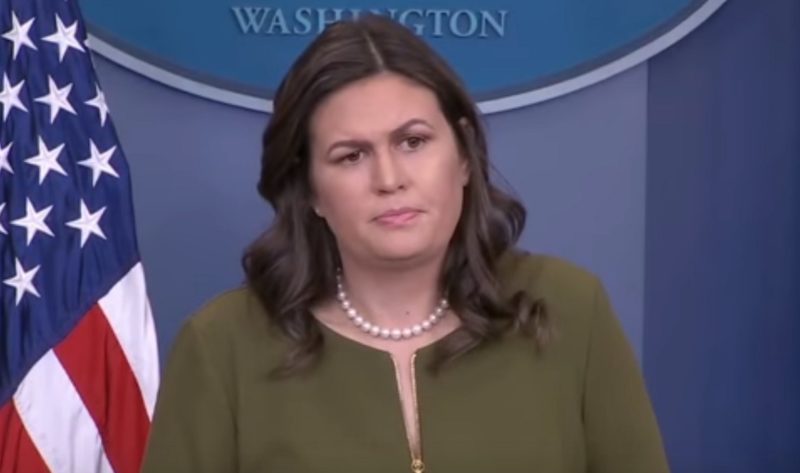 Sarah Sanders released a scorched earth statement, saying “criminal illegal immigrants like him, should never be allowed to threaten our citizens” and calling for closed borders and an end to sanctuary cities. Sanders ended her statement by noting “Had San Francisco enforced our Nation’s immigration laws, the Steinle family would be celebrating this holiday with all of their loved ones.”

Statement from the Press Secretary on the Kate Steinle Case

Yesterday’s verdict in San Francisco underscores the danger to public safety when our Nation fails to enforce its laws.  Kate Steinle was killed by an illegal immigrant and convicted felon who had been deported from the United States five times.  He, and countless other criminal illegal immigrants like him, should never be allowed to threaten our citizens.

It’s more important now than ever for Congress to secure our borders and provide the resources, including more ICE officers, needed to deport criminal illegal aliens and to finally stop sanctuary city policies that cause needless loss of innocent life.  Politicians who fail to address these needs share responsibility for preventable crimes committed against innocent Americans.

Had San Francisco enforced our Nation’s immigration laws, the Steinle family would be celebrating this holiday with all of their loved ones.

A disgraceful verdict in the Kate Steinle case! No wonder the people of our Country are so angry with Illegal Immigration.

The Kate Steinle killer came back and back over the weakly protected Obama border, always committing crimes and being violent, and yet this info was not used in court. His exoneration is a complete travesty of justice. BUILD THE WALL!

The jury was not told the killer of Kate was a 7 time felon. The Schumer/Pelosi Democrats are so weak on Crime that they will pay a big price in the 2018 and 2020 Elections.

Sanders Responds To Steinle Verdict With This Powerful Warning!