Bernie Sanders shoulders some serious blame here. He’s calling for his supporters “act” and guess what they have been and they always end up resorting to violence. But they call us the dangerous and violent ones. 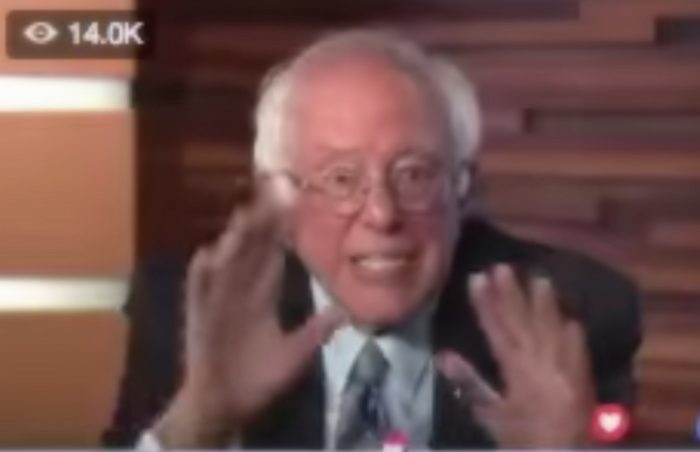 At one point, Sanders encouraged his supporters to ‘fight back in every way’. Only days ago, one of his supporters attempted to assassinate a Republican Congressman.

A supporter asks Sanders and Elizabeth Warren, “How do we fight or stand up to stop the proposed healthcare bill…how can a citizen stop this bill? What can we do exactly?”

Sanders: “We gotta stand up and fight back. We gotta be involved in the political process in a way that we have never been before. Because what is happening now in Washington is unprecedented. This is the worst piece of legislation.

You have got to work in an unprecedented way. Think big. Get involved in every way that you can. Rally the American people…

…So, Mary, stand up and fight back in every way that you can.”

The fake Indian told Sanders she thinks Republicans won’t pay any price politically “for the harm they inflicted upon millions of people across this country. It’s cynical.”

This is the left. They have no message, they are unable to make a cogent point so they call on their supporters to do the dirty work for them. The left is a violent political faction and they must be stopped.

Days after the GOP baseball game shooting, Bernie Sanders urges supporter to act in “unprecedented” ways, fight back in every way possible. pic.twitter.com/npkgu61Mww

Fight back against exactly what Bernie? People should fight for higher taxes, wasteful spending, unsustainable health care costs and allow hordes of illegal immigrants to overrun our country?