Sarah Palin Calls On Trump To Get The U.S. The Heck Out Of The United Nations (Audio) 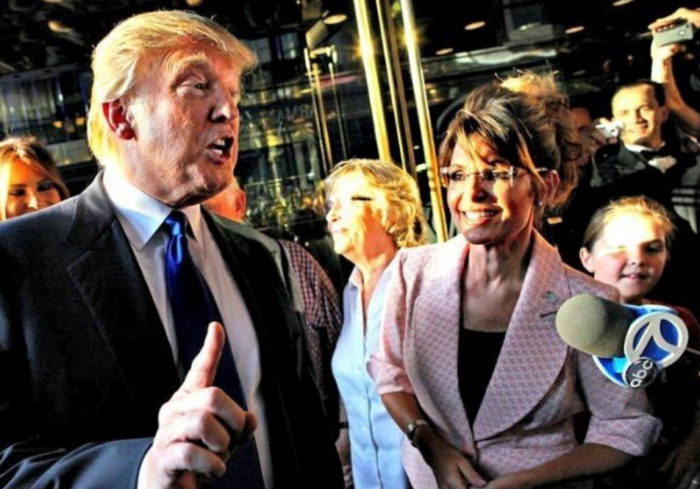 Palin Calls on Trump to ‘unshackle’ US from the UN, says Americans should ‘rise up’ and demand it.

“We are the ones that need to call for this, that the UN shackles be next on the chopping block.”

Former Alaska Gov. Sarah Palin said this week that President-elect Donald Trump should withdraw the U.S. from the United Nations.

During an interview with the “Breitbart Daily News” radio show on Thursday, Palin outlined two ways that the country could extricate itself from the U.N.

“One is, I called for our next president, Donald Trump, to call for the unshackling of the political bands tying us to the U.N.,” the 2008 GOP vice presidential nominee said.

“By exiting the U.N., where injustice is actually rewarded, we then will be able to uphold America’s reputation as the leader, and as the kind and compassionate and generous nation that we are – as the nation sharing values that, when emulated by any other nation, can bring justice and equal rights to any other nation.”

Palin added that the American people should also target the U.N. as part of the populist movement that helped sweep Trump into the White House. More

Sarah Palin: President Trump Should ‘Call for the Unshackling of the Political Bands Tying Us to the UN’ https://t.co/0oPYON77qy

I totally agree with Sarah Palin. Get the US out of the UN, and get the UN out of the US!

Professor: North Carolina No Longer A Democracy Because Republicans Are Too Successful

No, Media, The Election Wasn’t Hacked, So Stop Saying It Was

Sarah Palin Calls On Trump To Get The U.S. The Heck Out Of The United Nations (Audio)