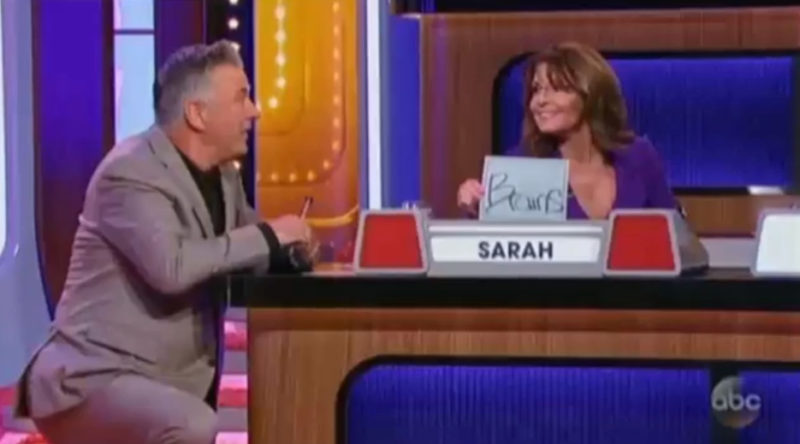 That was really awesome! Great shot!

We love Sarah Palin, because she has morals, values, speaks her mind, is kind, & honest.

Palin did have her time to shine and that was when the subject of the question was Hillary Clinton:

“Hillary Clinton just opened up a new magic show on the Las Vegas strip. For her final trick, she makes everyone’s _________ disappear.”

And the “correct” answer was “election ballots.”

While some of the other contestants offered up answers such as “pant suits,” “Donald Trump,” and “bills,” Palin had a one of a kind response.