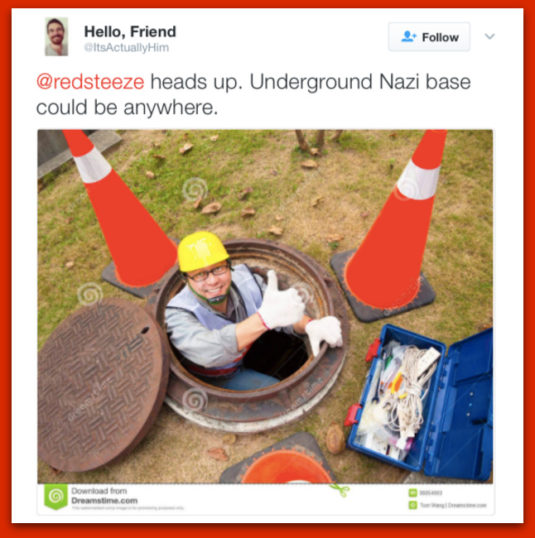 Ironically the only time Sarah Silverman is funny is purely by accident, when she is making a total fool of herself. Priceless!

Sarah Silverman, the comedian and outspoken Trump hater, made an embarrassing blunder on Sunday when she apparently mistook a set of sidewalk utility markings for swastikas.

Walking to get coffee saw these all over a sidewalk in the town I’m in. Is this an attempt at swastikas? Do neo nazis not have google? pic.twitter.com/A4ses1G3ru

Twitter hilariously mocked Silverman for the screw up. More

.@SarahKSilverman Check it out. I even spotted a couple of Nazis in broad daylight testing some sort of abortion prevention laser device pic.twitter.com/UNWng11R4L

.@SarahKSilverman Here’s another Nazi I spotted attempting to raise an iron cross. Notice it looks just like a T for Trump? pic.twitter.com/uN2qoPuEb4

You’d Better Watch Out: The Surveillance State Has a Naughty List, and You’re On It
December 8th, 2021 Sons of Liberty Media