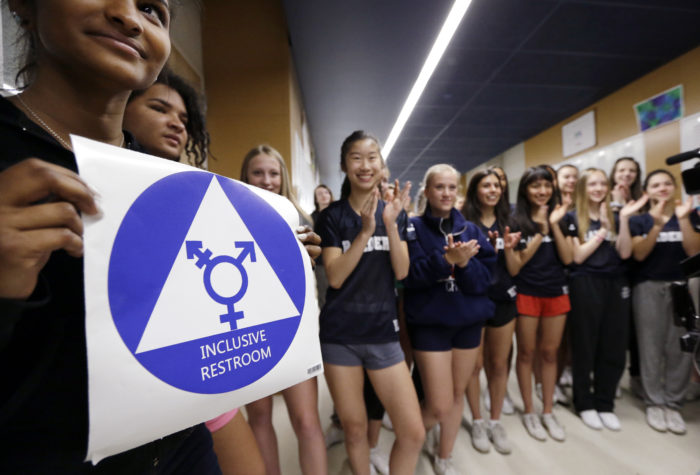 What?? Has this Maryland school district lost their minds? A parent has a right to know if their daughter will be bunking with a transgender male.

A Maryland school district is instructing teachers and administrators not to tell parents if their daughters are bunking with male students who identify as girls on overnight field trips.

Bob Mosier, chief communications officer for Anne Arundel County Public Schools, says in a training video detailing how to accommodate transgender students that privacy issues regarding the student prevent the district from informing parents about such arrangements.

“So, many of you might be asking yourselves, ‘So I’m at an overnight field trip, and I have student who’s biologically a male, identifies as a female, and we’ve worked with that student and her family, and that student wants to sleep in the dorms, or whatever sleeping arrangements are, with the females,’” Mr. Mosier says in a video of the training session. “They don’t want to sleep in a room by themselves; they want to sleep with the rest of the females. So what do we do?

“And the answer is, they sleep with the females,” he said. “That’s not the easy answer; it’s the right answer. And in some cases, it’s going to cause issues, because … the private information piece doesn’t allow you to share that with parents of all of the other campers. Right? So that’s difficult.”

Writing at The American Conservative, Rod Dreher said the video is “very instructive, though not necessarily in the way the school system intends.”

“This gender insanity is not everywhere, yet, but it’s coming,” Mr. Dreher wrote. “Mark that. If you’re a teacher, administrator, or staffer for a public school system anywhere in the United States, you are going to find yourself sitting in a seminar just like this one day, if you haven’t already. And if you object, you’re a bigot.”

The school district uploaded the video on July 12. Mr. Mosier says in the video that the meeting was conducted in June.