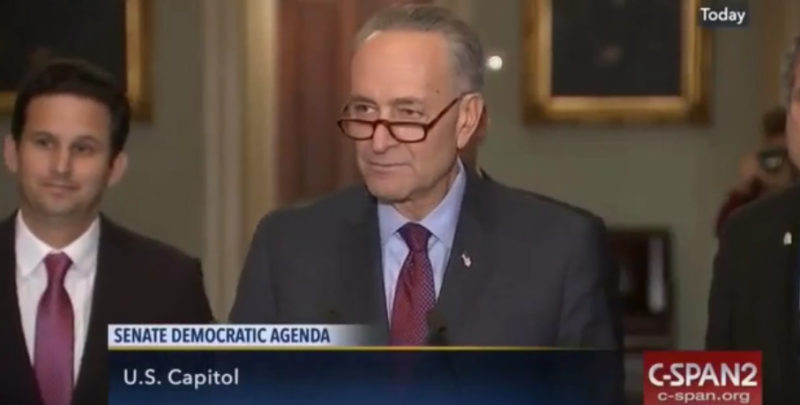 Fat chance Chuck Schumer! Judge Neil Gorsuch is going to be confirmed, get used to it already.

This is becoming embarrassing. Yesterday Senate Minority Leader Chuck Schumer said that a vote on Trump’s Supreme Court nominee, Judge Neil Gorsuch, should be delayed until the FBI has concluded its investigation of the Trump campaign and its possible ties to Russia, an allegation that has yet to be substantiated by evidence.

“It is unseemly to be moving forward so fast on confirming a Supreme Court justice with a lifetime appointment while this big gray cloud of an FBI investigation hangs over the presidency,” the Senate’s top Democrat said, echoing language used the day before by Republican House Intelligence Committee Chairman Devin Nunes (Calif.). More

After Achieving Absolutely Nothing... Chelsea Clinton Is Awarded With Lifetime Achievement Award