Scientists Predict Apocalyptic Mass Extinction In 2100 Because Of Global Warming: We’re All Going To Die (Again)

If only the dinosaurs had listened and embraced solar, wind and carbon credits they would still be with us today…

They cannot accurately predict the path of a hurricane more than 3 days out and they expect us to believe they can predict the climate 83 years from now? Every single one of their predictions for the last 30 years has been completely wrong. Not one prediction, zip, zero, nada, not one has been accurate or even close to accurate.

This serves the purpose of scaring the crap out of the young and feeble minded. And for some more grant money for more research. How convenient that all these scientists are going to be long dead when they’re all proven to be wrong in 2100. 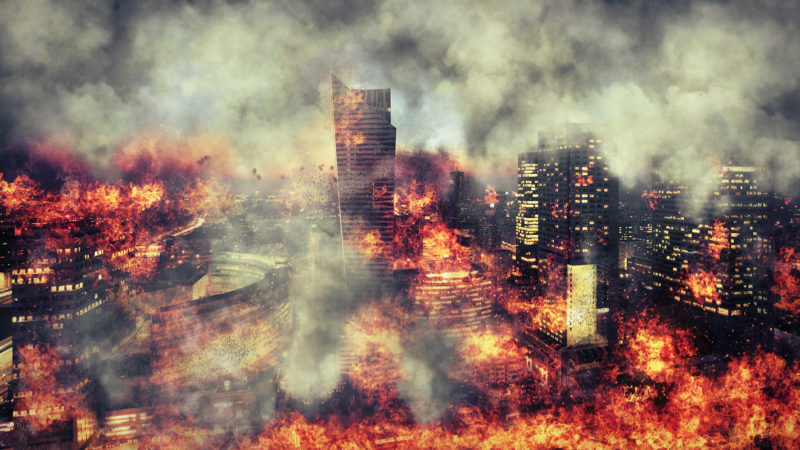 NY Post: A mass extinction that wipes out humanity will be underway by the year 2100, scientists have claimed.

By the end of the century, it’s feared that so much carbon will have been added to the oceans that the planet will have passed a “threshold of catastrophe” which leads to the destruction of our species.

In the past 540 million years, the planet has endured five such wipeouts — including the extinction of the dinosaurs.

This disaster killed off more than 95 percent of marine life when the seas suddenly became more acidic.

Now geophysicist Professor Daniel Rothman says we are seeing a disturbing parallel today — this time because of man-made global warming.

He came up with a simple mathematical formula that predicts that the oceans will soon hold so much carbon that a mass extinction is inevitable. More

College Student On Antifa: 'Beating Up Fascists Is Good' (Video)

White Babies As Young As 6 Months Old Are Now Racist

Scientists Predict Apocalyptic Mass Extinction In 2100 Because Of Global Warming: We’re All Going To Die (Again)