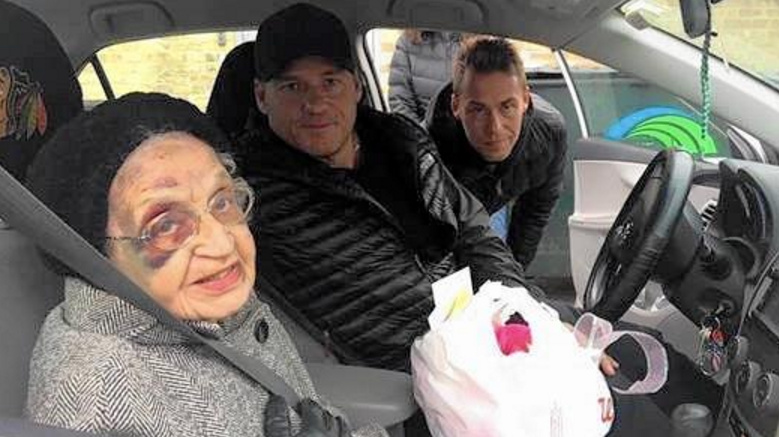 Judge tells man accused of beating woman, 94, ‘Citizens of Chicago are not safe’ with you on street.

Lock him up. Throw away the key and let him rot in jail.

Cook County judge denied bail for a man accused of beating and robbing a 94-year-old World War II veteran inside her Southwest Side home, saying “the citizens of Chicago are not safe” with him on the street.

The attack is one of three robberies that Olajuwon Claiborne, a 26-year-old construction worker, is accused of committing. His victims in the two other robberies, two weeks apart in July, were a 65-year-old woman and a 32-year-old woman, according to prosecutors.

In the most recent case, Cook County Judge James Brown shook his head as he heard how Claiborne allegedly followed Josephine Regnier into her Garfield Ridge home around 11:50 a.m. and then punched her.

Regnier had been waiting outside for her daughter to take her to a dentist appointment but went back inside her home because she was cold. More