Is watching Liberals twisting themselves into PC pretzels funny or sad?

Seattle is the city of out of control with asinine socialist policies, tree huggers, overpriced coffee, and the mental illness capital of the world. They have tons of homeless and illegals who show up for the free stuff. 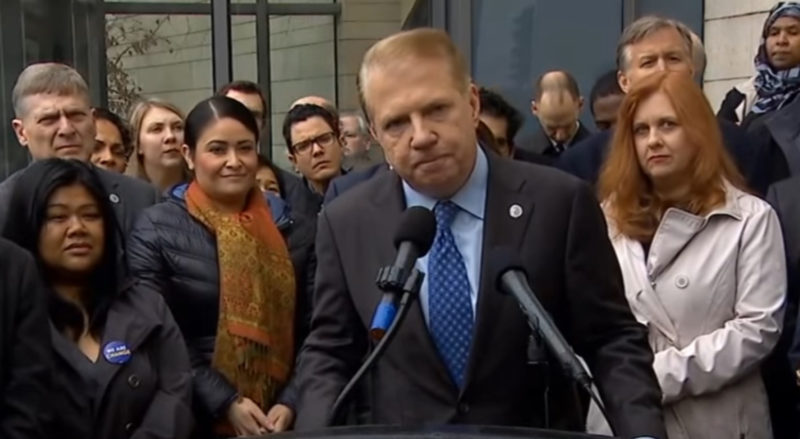 TGP: The idiotic mayor of Seattle, Ed Murray, has changed the rules of his “soda tax” to include diet soft drinks instead of only sugary soft drinks.

The changes were recommendations that emerged when staff from the mayor’s office and the office of Councilmember Tim Burgess studied disparate impacts the tax could have on people with low incomes and on people of color, according to Murray.

That work involved conversations with community advocates, public-health professionals, and business owners, according to the mayor. After Murray’s initial announcement, some suggested the exclusion of beverages with artificial sweeteners would be unfair because affluent white people tend to consume more diet drinks.

The tax, which is meant to fund education for minorities (which is a hysterical and yet frightening thing to focus on), is undergoing some changes. At first, the tax was to make distributors of sugary drinks pay 2 cents per ounce with the mayor claiming it would bring in $16 million.

The mayor changed his tax when his staff told him that it would disproportionately affect minorities, who apparently have higher soda consumption rates than white people.

The tax has now become an “issue of equality” as far as the mayor is concerned because “upper-middle-class white people” who consume diet drinks more frequently must be taxed to fight “white privileged institutionalized racism”, according to Reason. It looks like Murray has been taking a liberal arts humanities course.

Murray is currently facing accusations from four men that he paid for sex that he ultimately sexually abused back in the 80s when they were young boys. This is no doubt a distraction and a painful attempt to virtue signal. One of the men claims Murray “raped and molested him” over a few years beginning in ’86 when the man was 15-years-old.