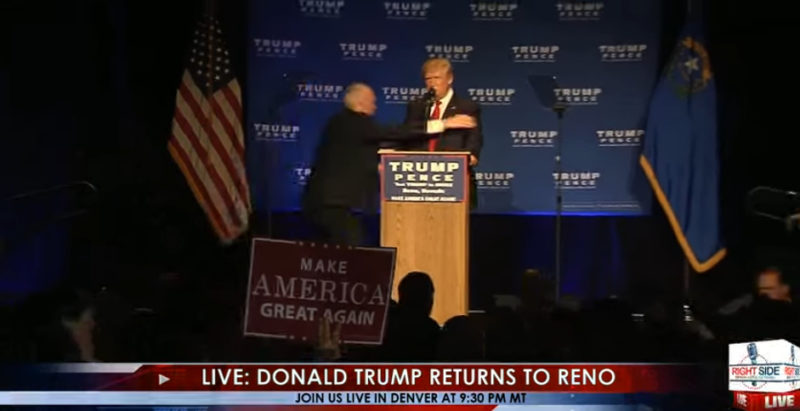 Trump came back in about five minutes after the man had been taken out and agents swept the room to make sure it was alright.

He walked back to the podium, staring across the crowd as people cheered his return.

As he stepped back to the microphone he said: “No one was saying it would be easy for us.”

He went on to pay credit to the security services, saying that they “don’t get enough credit”.

He later went on to tell adoring fans “I love you too” as they cheered at the candidate who had returned from a possible assassination attack before stepping back into a policy speech on the military with sober poise.

Pic of the man: 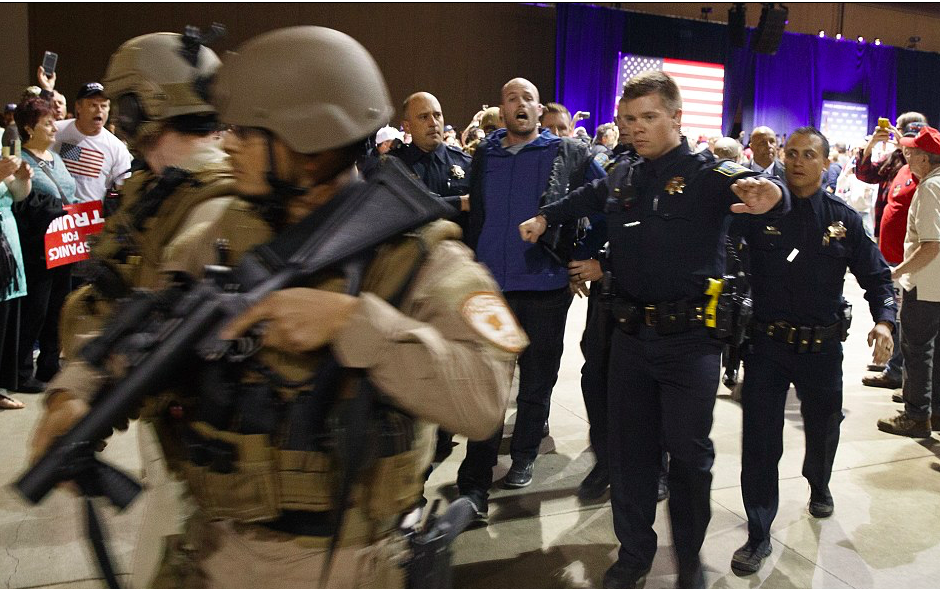 Judge Jeanine Does It Again: Hillary Is Too Corupt