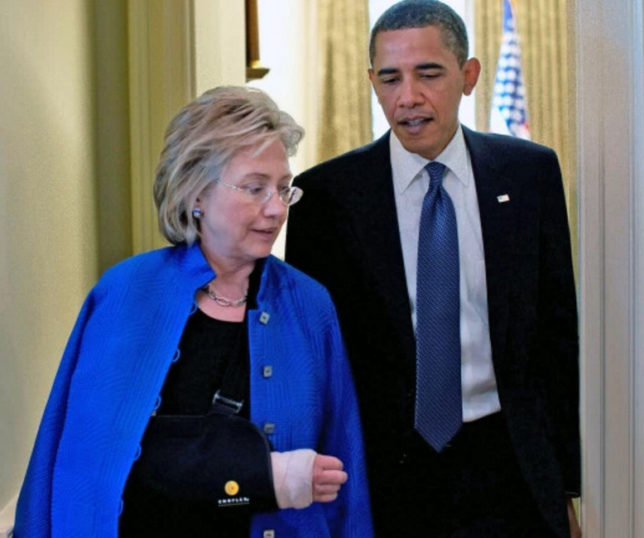 “Hey karma is a bitch!” Just wondering how much of a witch would she have to be to get her security detail who are supposed to protect her laughing about this?

Hillary Clinton’s security detail hated her so much that they privately snickered after she accidentally fell and broke her arm when she was secretary of state in 2009, one of her former guards told the Post.

Clinton, then 61, was in the State Department basement on her way to meet President Obama when she took a spill — and ended up in the hospital for an operation to repair her shattered right elbow.

“We sort of got the last laugh. It was kind of like payback: You’re treating us like s–t. Hey karma is a bitch! We were smiling to ourselves,” the agent told The Post on Wednesday. More