Halal slaughter is complete & total torture of the animal. What else would we expect from barbarians? 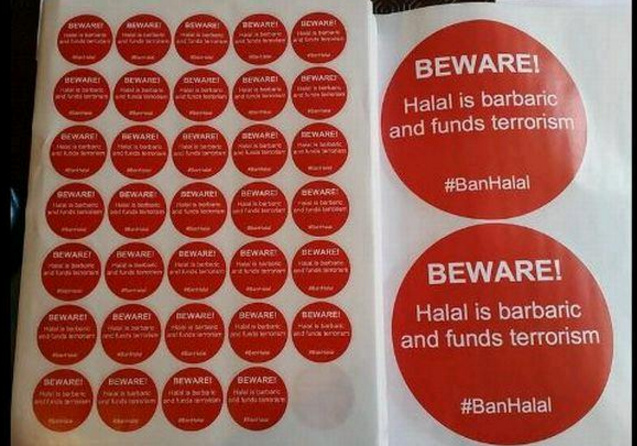 A sticker placed on meat has recently been deemed so “offensive” and has riled up so many Muslims that they’ve filed suit – but that’s not all. According to reports, the anti-Halal stickers even resulted in one man being arrested in the name of political correctness.

The incident took place in Salford, England, where Liam Edwards decided to openly voice his disgust with Halal slaughter. In order to do that, Edwards went down to his local grocery store and placed a few stickers on packaged meat that read:

Although the courts may not feel the same, Edwards isn’t wrong. Just last month, Mad World News reported of an undercover video that had gone viral capturing the horrors that take place in a Halal slaughterhouse. More