If Twitter is so bad for President Trump, how come all his enemies want him to stop using it?

Hillary lives in her very own little reality. If she says Slick Willie chose not to use Twitter then that must be the truth. Afterall Hillary has never been known to lie, right?

Hillary Clinton continues to act like that cooky senile grandma we all have… if that grandma was the leader of a crime family, had multiple people murdered for opposing her, married a rapist, and has repeatedly but the United States of America at jeopardy.

Just when you thought she couldn’t get any denser, the former first lady and failed presidential candidate attempted to take a swing at President Trump while speaking at a Clinton Foundation event in Arkansas. 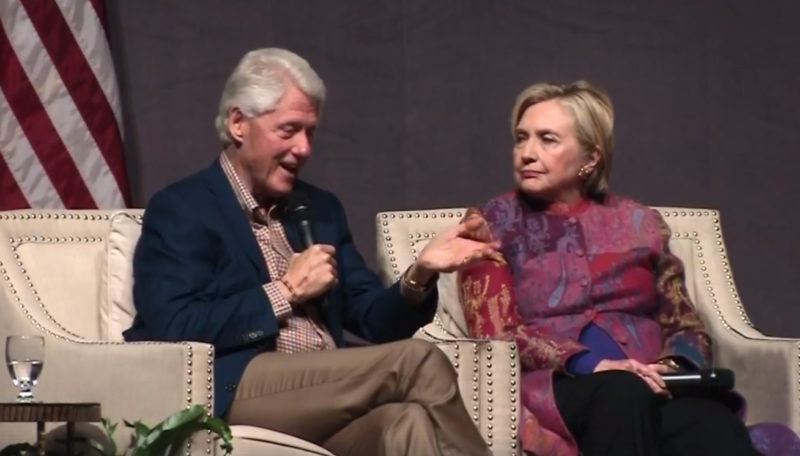 Tonight, @HillaryClinton and I will join our friend @JamesCarville for a look back at the ’92 campaign—25 years later!—and talk about the ideals that inspired us all to enter public service. Hope you’ll tune in: https://t.co/d9Fo46YveV

Yesterday, Hillary bragged that her rapist husband Bill Clinton “actually got [policy]done” during his presidency and that he “didn’t tweet” about it. Among the many problems with that sort statement, is the fact that Twitter wasn’t founded until 2006 – Bill Clinton served as president until 2001… so in other words – THERE WAS NO TWITTER WHEN HE WAS PRESIDENT.

Hillary Clinton bragged about Bill Clinton not using Twitter when he was president from 1993 to 2001.

This fact was apparently lost on the audience, who went into widespread applause. Read more at TGP.

Hillary continues providing almost daily reminders of just how unqualified she actually was to be our President.