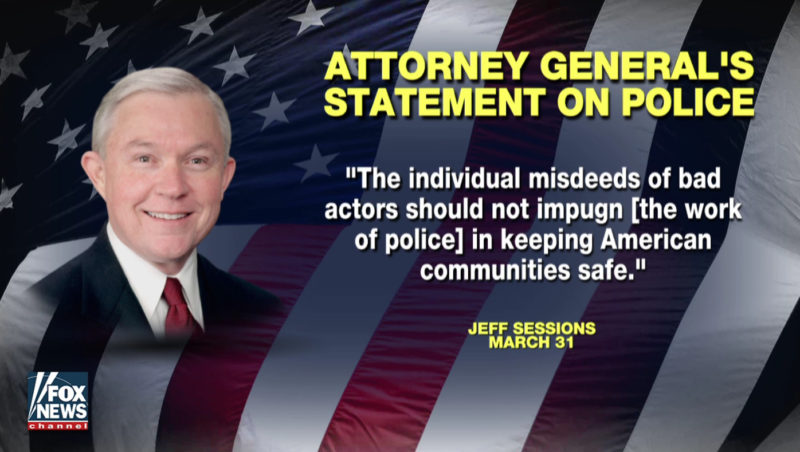 This is great news! President Trump is setting things right. Why do liberals want criminals to have more rights than law-abiding citizens?

Attorney General Jeff Sessions has ordered the Justice Department to review reform agreements the Obama administration made with police departments across the country, in the latest move to boost law enforcement morale and independence.

The new directive, as well as a bid to reconsider an agreement in Baltimore that former President Barack Obama’s lawyers made, are signs the Trump administration is planning to scale back the number of investigations into law enforcement misconduct — and revisit deals negotiated by the prior administration’s civil rights unit.

Sessions’ memo demands the Justice Department review all its prior police reform agreements “including collaborative investigations and prosecutions, grant making, technical assistance and training, compliance reviews, existing or contemplated consent decrees, and task force participation in order to ensure that they fully and effectively promote the principles” of the new administration.

Some law enforcement groups are hailing the move, amid recent complaints that restrictions on police have emboldened criminals. More

Flashback 2006: Feinstein "You Can’t Filibuster A SCOTUS Nominee Because You Disagree With Them"