Session’s time is up. He is either completely incompetent, complicit, or very dishonest. Maybe all three. Is it even possible to find one honest person in DC with decent character and an actual moral compass to protect America and it’s interests?

TGP: Attorney General Jeff Sessions is compromised. He has to be.

Deep State has something on him and the Attorney General is acting irrationally. 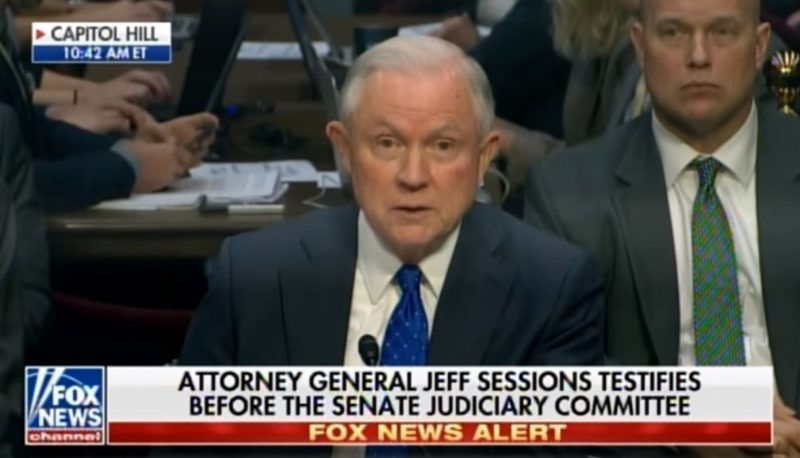 How else do you explain his outrageous behavior to defend the criminal actions of Hillary Clinton and the Barack Obama regime?

On Tuesday John Solomon writing for The Hill reported that the FBI uncovered Russian bribery of the Clintons in 2009 and the Department of Justice and the FBI sat on this for four more years.

Worse yet, from today’s report, we discovered the investigation was supervised by then-U.S. Attorney Rod Rosenstein, who is now President Trump’s Deputy Attorney General, and then-Assistant FBI Director Andrew McCabe, who is now the deputy FBI director under Trump.

Rosenstein and Mueller also sat on the CFIUS committee that approved the sale of 20% of US uranium reserves to Russia despite knowing Russia had bribed the Clintons for the illicit sale.

On Wednesday Senator Charles Grassley (R-IA) asked Attorney General Sessions if Deputy Attorney General Rod Rosenstein will be allowed to investigate himself regarding new information on the Hillary Clinton Uranium One scandal.

Attorney General Sessions said it was up to him.

Attorney General Sessions: It would be his decision.

Hannity: ‘Hillary Clinton & Her Husband Sold Out America To The Russians!’ (Video)