The cops should have found all of this stuff out a long time ago. Does the fact that they have not just show what a big cover up this really is?

Will the public ever know the real truth?

TGP: Seth Rich reportedly attended a party with Washington DC IT workers the night of his death.

World Net Daily reported: During the course of his investigation of Rich’s mysterious murder, Wheeler claims, he learned something peculiar that he hadn’t heard before: Rich attended a party with numerous IT workers the night he was killed. After the party, Rich went to Lou’s City Bar, the last known location where he was seen before his murder. 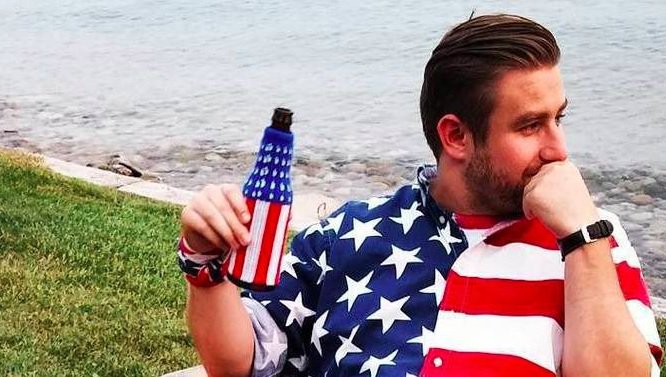 Wheeler said he was determined to learn more about the IT party and who was in attendance, but all his questions have gone unanswered.

Uncovering more details about the attendees of the party is essential in the Rich homicide investigation, Wheeler contends.

“He was at the party before he went to the bar. What you do in a murder investigation is you work backward. You want to trace the victim’s steps as far back as you can – who was that person around the day before? – as far back as you can,” he said. “What was interesting is when I am told as an investigator that I don’t need to talk to people who were at the party. It makes you wonder why.”

On July 10, 2016, 27 year-old Democratic staffer Seth Conrad Rich was murdered in Washington DC about a block from his apartment. The killer or killers took nothing from their victim, leaving behind his wallet, watch and phone.

Via Wikipedia: Earlier that night he had been at Lou’s City Bar, a sports pub 1.8 miles from his apartment, in Columbia Heights, where he was a regular customer. He left when the bar was closing, at about 1:30 or 1:45 a.m. Police were alerted to gunfire at 4:20 a.m. by an automated gunfire locator. Within approximately one minute after the gun shots, police officers found Rich with multiple gunshot wounds, in a conscious and breathing state.[33] He was transported to a nearby hospital, where he later died. According to police, he died from two shots to the back… Rich’s mother told NBC’s Washington affiliate WRC-TV, “There had been a struggle. His hands were bruised, his knees are bruised, his face is bruised, and yet he had two shots to his back, and yet they never took anything… They didn’t finish robbing him, they just took his life.”

In August Wikileaks offered a $20,000 reward for information on the murder of DNC staffer Seth rich.

Julian Assange also suggested in August that Seth Rich was a Wikileaks informant.
Via Mike Cernovich:

Rod Wheeler then told his Twitter followers there may be a connection to Imran Awan’s arrest and “other” local cases.

Follow the arrest of Awan closely. Connect the dots to “other” cases. (hint, hint) Just the beginning. Stay tuned.