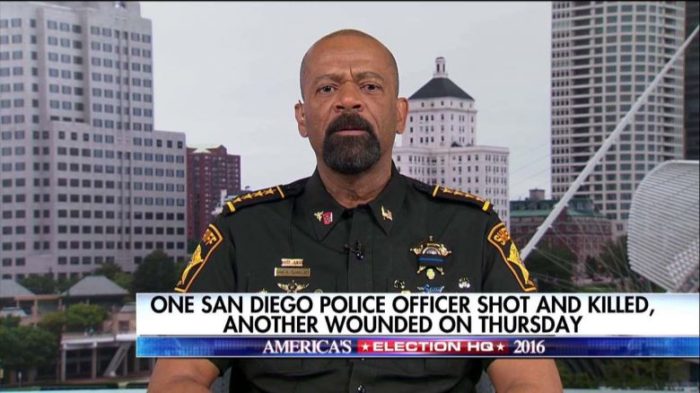 Sheriff Clarke is right on point with this! Black Lives Matter only spills more hatred and separation into this broken country.

Sheriff Clarke said the “slimy people” who comprise the Black Live Matter movement are racist because they preach racial superiority.

“That is a separatist movement,” Sheriff Clarke stated. “We’ve gotten away from that in the United States. The American people decided they don’t put up with that crap anymore.”

He pointed out that he’s been a longtime critic of Black Lives Matter, and their recent actions – like interrupting a moment of silence for fallen officers during the Democratic National Convention – reinforces just how dangerous that ideology can be.

“It’s dangerous, it’s hateful, and I wish the Southern Poverty Law Center would add them to the list of hate groups in America,” Sheriff Clarke said.

He said that the uptick in law enforcement officers who have been ambushed or killed in the line of duty can be attributed to the anti-police rhetoric that is spewed by groups like Black Lives Matter.

“A war has been declared on the American police officer, and it’s been fueled by this anti-police sentiment.”