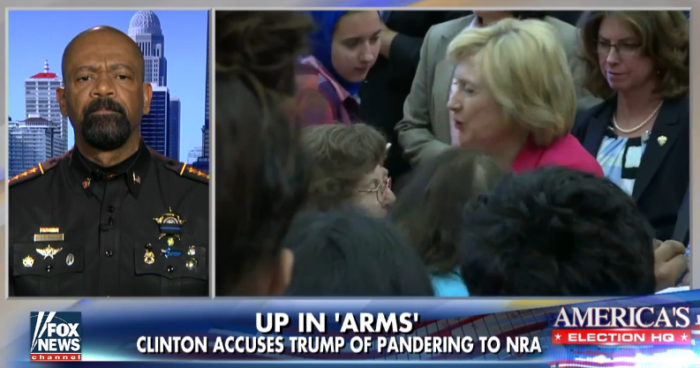 Would Hillary walk in a gang ridden area without her armed secret service agents? She is a truly remarkable hypocrite.

“I wonder if she feels that way as she’s surrounded by all of those armed secret service agents,” Clarke remarked, saying that the Democratic presidential frontrunner wants to live by different rules than the public.

He said that Donald Trump, on the other hand, has made it clear that the Second Amendment is important to him.

“I think Donald Trump is right on this issue, and Mrs. Bill Clinton is dead wrong,” Clarke stated.

He explained that the proper way to fight crime in America is to go after criminals, not law-abiding gun owners.

“Gun-free zones are killing fields, gun-free zones have gotten people killed,” Clarke said, pointing out that a majority of mass shootings take place in areas where guns are restricted.

“The only person [who]is safe in a gun-free zone is the criminal.” More