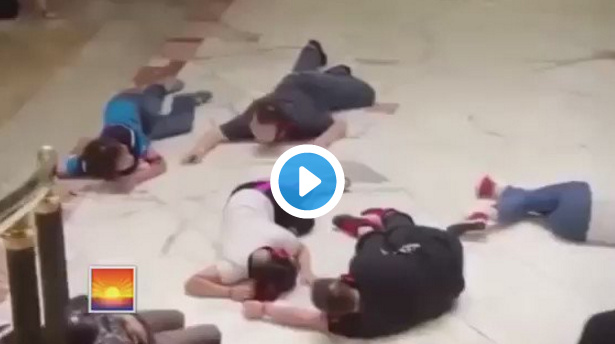 The summary so far:

Update 24: an alleged photo of the shooter

Update: a couple of conflicting reports. According to one, the gunman was Muslim.

On the other hand, The International Spectator reports that the gundman was targeting Muslims:

Perhaps at this point it is best to wait before trying to determine the motivation of the shooters.

Update: The German government is preparing for a crisis situation

Update 21: Munich police have confirmed on Facebook that six people have been killed.  A Munich police spokesman has just announced that police are looking for up to three perpetrators.  Many people are severely injured.

[2/2] Other crime scenes than Hanauer Str. can not be confirmed #gunfire #munich

Update: President Barack Obama, who had been updated on the situation, has said that his “heart goes out” to the victims of the attack, and reaffirmed that Germany remains of Washington’s “closest allies.”

Update: A local resident, Dominic Faust, was in another shopping centre in central Munich when there were reports of a separate shooting.  Speaking to BBC World TV, he described the fear and panic:

Well, about two hours ago people came screaming inside the mall. Those people told us that there was a shooting outside and so the security closed the door of this mall and asked everybody to go upstairs to the fifth floor. This is where I am right now with about 150 other folks and we are asked not to leave the building.

Update: ACCORDING TO REUTERS CITING GERMAN MAGAZINE FOCUS, POLICE SOURCES ARE SAYING THAT PERPETRATOR SHOT HIMSELF IN THE HEAD

Update: According to an i24News update, the alleged shooter shouted obscenties about foreigners and said that “I am German” 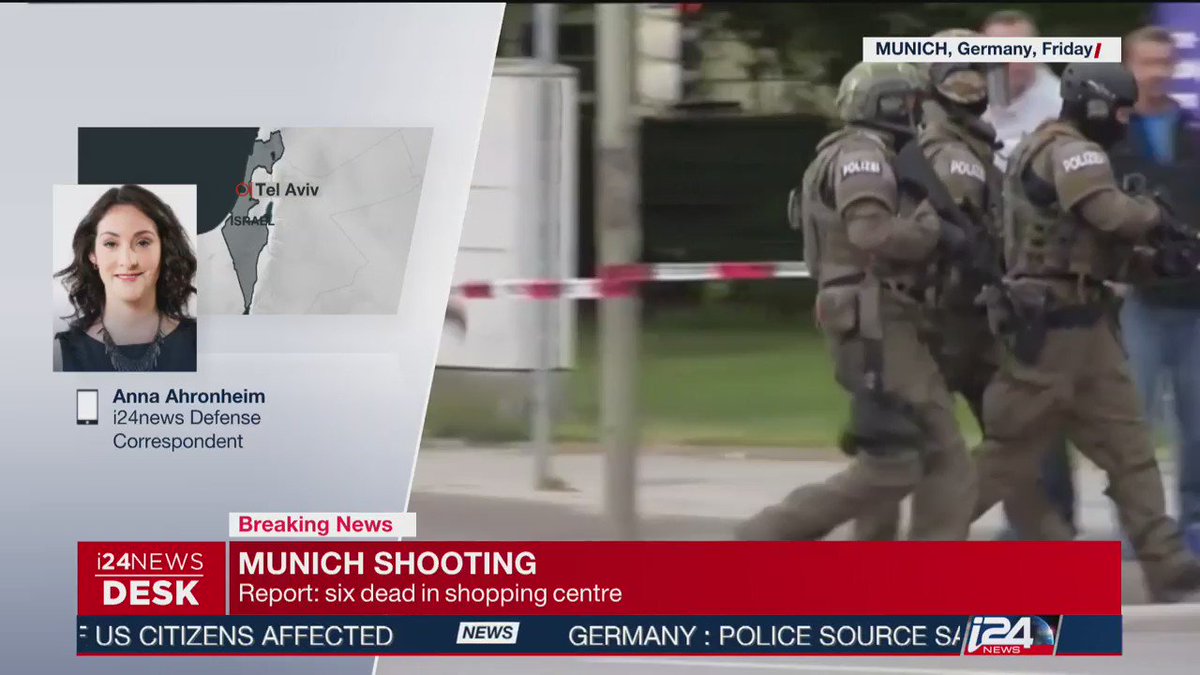 Update: A local journalist, Jeanette Winter, journalist at Bavaria Public Radio, is shocked that terrorism has come to Munich

When the attack on the train happened everybody was shocked, of course, but we thought, well, that was just one person. To be honest I thought terror would not come to Munich. Now terror has struck our beautiful city… Oktoberfest will be held soon and that is, of course, a target for terrorists – we are all feeling very, very bad right now.

BREAKING: Munich police say at least 3 gunmen involved in what appears to be a coordinated shooting attack #OEZ

Update: CNN has broadcast an interview with an eyewitness, who said that the assailants were “masked, and dressed all in black.”

Update: A local barman at a pub in Munich has described the sense of growing panic as news broke of shots fired at a local shopping centre. Sam Pound, who works at the nearby Kilians Irish bar said: “We’re getting information from BBC News and local Twitter feeds from German authorities, but it’s hard to know what’s realistic and what’s not.

“We’ve heard about another attack about 400 metres from us which is very worrying.

“We’re in a cellar bar so we feel quite safe, but when you go to the street you can hear a lot of sirens and helicopters.”

Update: BBC has released the following photos of armed officers are surrounding the Karlsplatz area of Munich. Here are some pictures from the scene.

Update: Another message from the Munich police:

Update: Lena Deutch, a police reporter for Bavarian Radio cited by BBC, says police are trying to clear everyone off the streets in parts of central Munich, as they search for the person or people who carried out the shooting.

All of the police forces are at the shopping centre and at the official places in Munich as well and they’re calling out that nobody’s allowed to go to the official places. They are trying to close everything down because we do not know where this person who’s been doing the shooting is at the moment.
* * *

Update: According to the Munich police, witnesses report three different people with firearms, the Munich police say in a statement on their Facebook page. The number of victims is currently not known.

No perpetrators have been arrested and the search for them continues.

Officers ask everyone in the urban area of Munich to stay indoors.

Update: Taxi drivers have been told not to pick up passengers from the area near the Stachus, also known as Karlsplatz, according to this tweet.

A major police operation is ongoing in Munich, around the city’s Olympic Park.

People were seen running from the shopping mall to get away from the incident after hearing gunshots.

The area around the Munich Olympia Shopping Centre in the district of Moosach has been sealed off as emergency services try to control the situation.

One picture on social media shows a man lying on the ground with a blanket over him.  Keep reading…