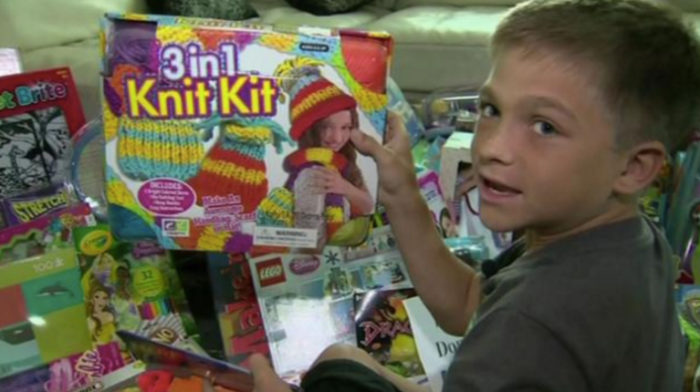 Way to go kiddo. May God bless and heal you!

KGO: Kadin Hoven is like every other 10 year old boy, but different. He has boundless energy, but he’s also facing his third kidney transplant.

Two weeks ago, Kadin was receiving an infusion at Mattel Children’s Hospital at UCLA, when he went into the toy room to pick something out. He found the cabinet nearly empty. So he decided to launch a toy drive at his school.

“I thought, by the beginning, there’s not going to be a lot of donations, but maybe we will get some at least. But, here I am, and it is awesome,” Kadin said.

“We love any donation we get from anybody but when you get it from a kiddo that has been treated here, it makes it even more special,” said Kellye Carroll of Mattel Children’s Hospital.

“I think when kids see all this in the cabinet, they’re going to think, my mind is blown,” Kadin said.

Kadin and his family plan to deliver the toys next week, but until then, they’re hoping this toy pile will continue to grow.