Left-wing activist Tim Wise tweeted: If Roy Moore wins the Senate race in Alabama, it will be “time to destroy white Alabama like we should have 150 years ago.”

If that is what he meant he would have said that in his first tweet… Inciting violence against the Alabama, of course, he couldn’t ever be involved in that because he’s a big wus, but just all too happy to incite others to do what you are way too cowardly to do yourself!

If white people elect Roy Moore in Alabama, no decent human being should ever spend another dime in that state, unless it is with a black owned business, or the Birmingham Civil Rights Museum. If Moore wins, it's time to destroy white Alabama like we should have 150 years ago 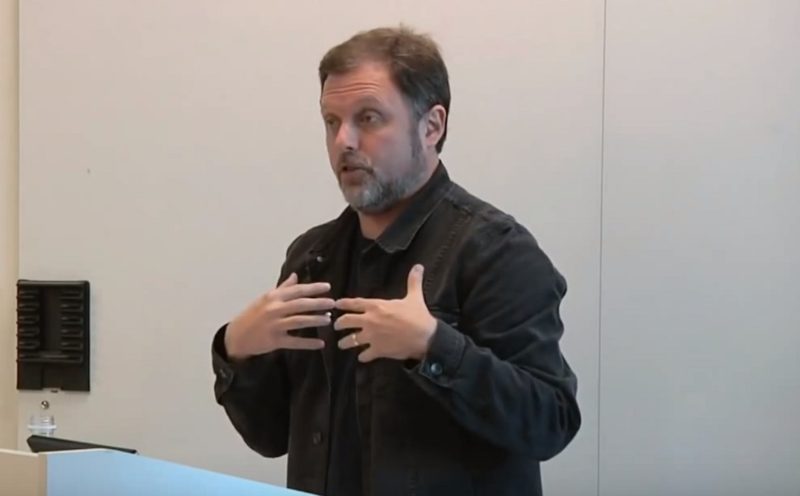 Tim Wise is a self-described social justice warrior that has spoken at a number of colleges and high schools about “white privilege” and racism.

“My ancestry is whiter that yours”. So race IS real, after all…

Have you always been a whiny bitch? Does it come easy or do you have to work hard at it? Just asking……

Why u lie Tim? pic.twitter.com/1Kgwn9yYAW

Moore is an innocent man, all the dirt 60 million could pour on him won’t stick. Everyone of them has been debunked. Your first clue it was a fake attack? Gloria Allred. Really need to retire that liar. pic.twitter.com/MUm0zgefUn

Never heard of you. Read this and wondered, have you EVER had a real job? Looks like just bogus hard left activism. Who pays you? George Soros? https://t.co/CiINIKrUQ8

Then he rages on:

haha you’re so funny Nazi: two things: 1) My ancestry is whiter that yours, I’ll bet every amount of money you and your Nazi parents ever earned; and 2) have you seen my nose? Its so fucking white…kiss my ass Nazi, Go play on 4chan and leave the real work to adults

you won’t do shit Nazi…repeating Nazi memes and 4chan slogans doesn’t make you a bad ass…you know that right? You’re still a basic basement dwelling gamer, pretending to be a member of the master race…please come and mess with me at a speech, gamer..meme maker…loser…