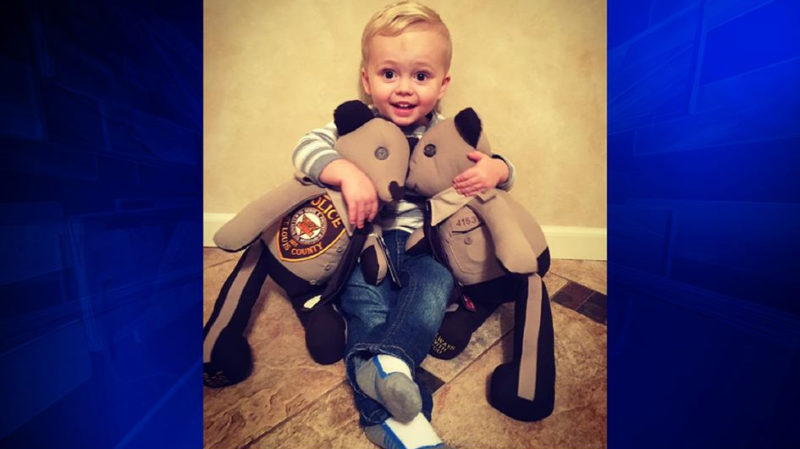 Heartbreaking. My heart hurts for this little innocent boy and his family. A part of his daddy will always be with him now because of these beautiful teddy bears.

How do you tell a toddler his daddy is never coming home?

“He’s been asking for his daddy a lot which is hard,” Elizabeth Snyder told CNN affiliate KTVI. “I don’t know how to respond to him yet. Every time I look at him, I’m also reminded of my husband not coming home.”

That talk will have to happen sometime. But for now, Malachi’s been given something to remember his dad by: Two teddy bears made out of his dad’s uniform.

The bears were an early Christmas present from a family friend. Snyder posted a photo on Facebook of the beaming boy clutching his gift.

The words “love you always” and “always with you” are sewn into the feet of each bear.

Snyder, 33, was responding to a disturbance call on October 6 when he was fatally shot at close range. St. Louis County Police Chief Jon Belmar called his death an ambush.