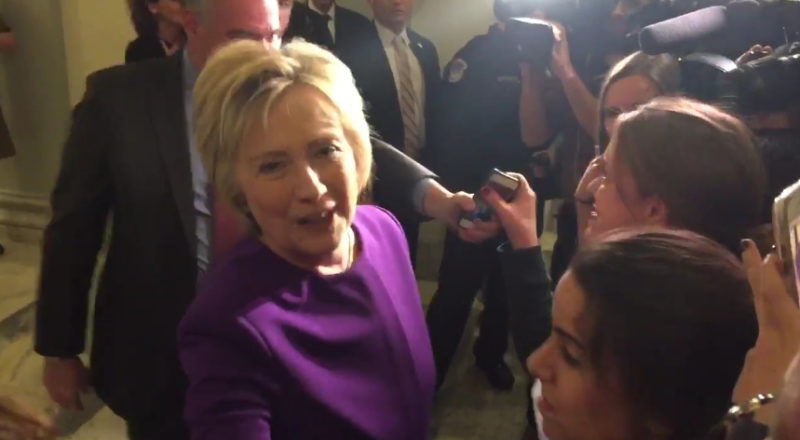 Sobbing special snowflakes…. Their tears are delicious! This kind of crap is why Trump won!

After the Reid event, Hillary Clinton greeted several Kaine staffers and young supporters, some of whom can be heard sobbing in this video pic.twitter.com/DRq0BApck1

Awww, they may need some coloring books or a safe space to get over the trauma.

Hillary Clinton was greeted by sobbing, ecstatic women on her way out of an event on Capitol Hill in Washington on Thursday.

The ardent supporters thanked the Democratic presidential nominee for running for president, albeit unsuccessfully. The group of 20-something-year-olds cried as Clinton shook their hands.

“This is not exactly the speech at the Capitol I hoped to be giving after the election,” Clinton said. “But after a few weeks of taking selfies in the woods, I thought it would be a good idea to come out. And I’m very grateful to Harry for inviting me to be a part of this celebration.”

Here’s a sample of how deluded they are: 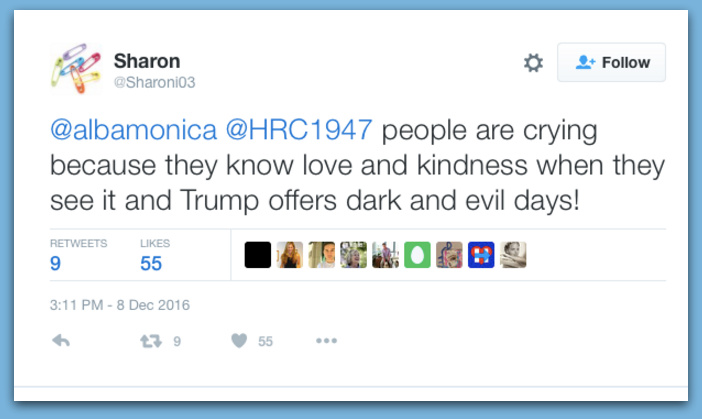 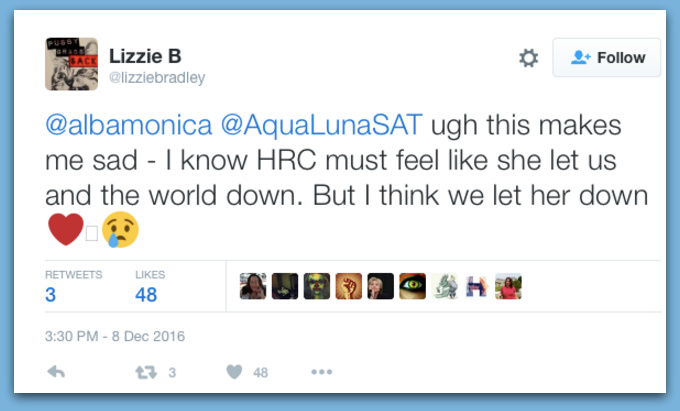