Socialist Venezuela Is Down To Its Last $10 Billion In Cash 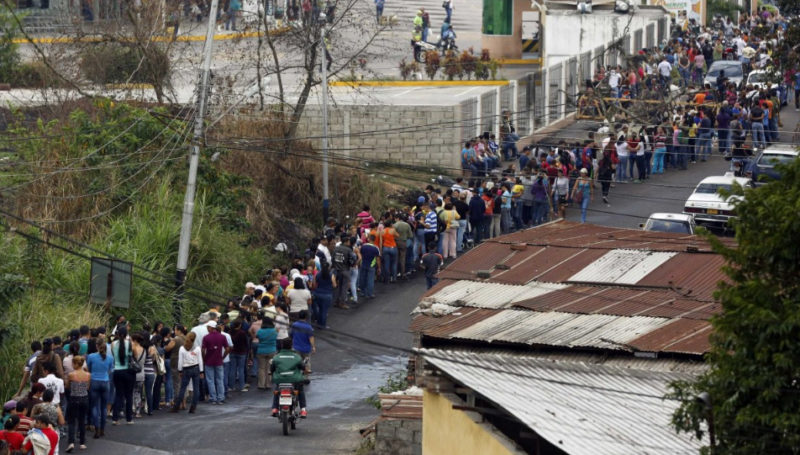 Venezuela continues its slide to its inevitable collapse.

This is always the fate of every single socialist system, it runs out of money and hope. Should all our liberals move there and try to save it?

The Socialist paradise is down to its last $10 billion in cash reserves. The people are starving.

School children recently told reporters they had not had milk in over a year.

Venezuela only has $10.5 billion in foreign reserves left, according to its most recent central bank data.

For rest of the year, Venezuela owes roughly $7.2 billion in outstanding debt payments.

In 2011, Venezuela had roughly $30 billion in reserves. In 2015, it had $20 billion. The trend can’t persist much longer, but it’s hard to know exactly when Venezuela will run completely out of cash.

“The question is: Where is the floor?” says Siobhan Morden, head of Latin America fixed income strategy at Nomura Holdings. “If oil prices stagnate and foreign reserves reach zero, then the clock is going to start on a default.”

According to the country’s recently released 2016 financial report, about $7.7 billion of its remaining $10.5 billion of reserves is in gold. To make debt payments in the past year, Venezuela shipped gold to Switzerland.

Socialist Venezuela Is Down To Its Last $10 Billion In Cash