Why are they here if they prefer to live under Sharia? Wouldn’t it be cheaper just to give them a free flight back?

This is the moderate Muslims we are supposed to feel such sympathy and respect for? Well Liberals, this is what you wanted for your country. Are you proud of your diversity? Are you proud of Sharia Law taking a foothold in the USA?

100%FedUp: Ami Horowitz is a thought provoking filmmaker who took a lot of heat for exposing the truth about the horrific, violent “no-go zones” in Sweden in one of his recent documentary films. Horowitz is also very controversial because he doesn’t shy away from asking tough questions of the people he randomly interviews on the streets. 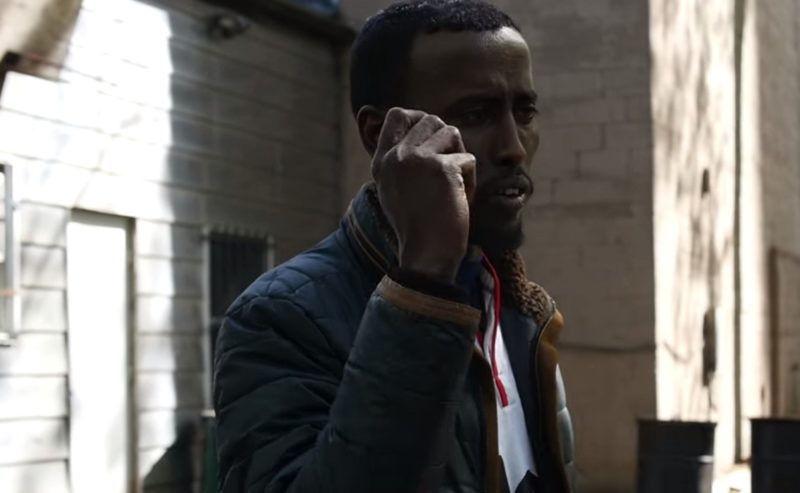 In fiscal year 2014, Minnesota took in 2,232 refugees, according to the U.S. Office of Refugee Resettlement. Almost half of those were from Somalia.

In the video below, Ami took to the streets in the Cedar Riverside neighborhood of Minneapolis, MN to talk a variety of Somali Muslim immigrants. Ami posed several questions to a large variety of random Somali Muslim immigrants. He asked young boys, teenagers, middle-aged men and even an older woman their thoughts on how they felt about living in the United States, and if they’d rather living back in Somalia. Horowitz also asked if they would prefer to live under Sharia Law or American laws. Their answers may surprise you.

The most shocking part of the video however, comes near the end when Horowitz begins to discuss freedom of speech in America. While one of the men being interviewed talks about how great it is to be in America and to be afforded rights like freedom of speech and freedom of religion, every single Muslim respondent believed that free speech is great unless it involves criticizing the prophet Mohammed. Horowitz took his question a step further and asked if was okay for Muslims to use violence against someone who disparaged or insulted Mohammed. Every Muslim he asked, believed that using violence, including killing a person who criticized or mocked Mohammed, would be justified.

After a major dip in 2008, the year­ly num­bers of new So­ma­li refu­gees in Minnesota have re­bounded stead­i­ly. The num­ber of So­malis re­set­tled in the state has more than trip­led in four years. As resettlements nationally have picked up, more So­malis are also arriving here after brief stints in other states — often trading early support from resettlement agencies for the company of more fellow Somalis.

“You tend to go some­where you can con­nect,” said Mo­ha­mud Noor, the head of the Con­fed­er­a­tion of So­ma­li Community in Minnesota. “Be­fore peo­ple even ar­rive from Af­ri­ca, they know they are com­ing to Minnesota.”

But without the Twin Cities family ties of earlier arrivals, these newcomers often can’t lean as heavily on longer-term Somali residents. Mary’s Place, a Minneapolis home­less shel­ter, has be­come ground zero for fami­lies like Ali and Mo­ha­med’s. Somali participation in the state’s public food assistance program doubled in the past five years. Meanwhile, the Minneapolis School District, its So­ma­li stu­dent en­roll­ment up 70 percent since 2011, launched eight class­rooms with in­struc­tion in both Eng­lish and So­ma­li to help new­comers catch up. –Star Tribune