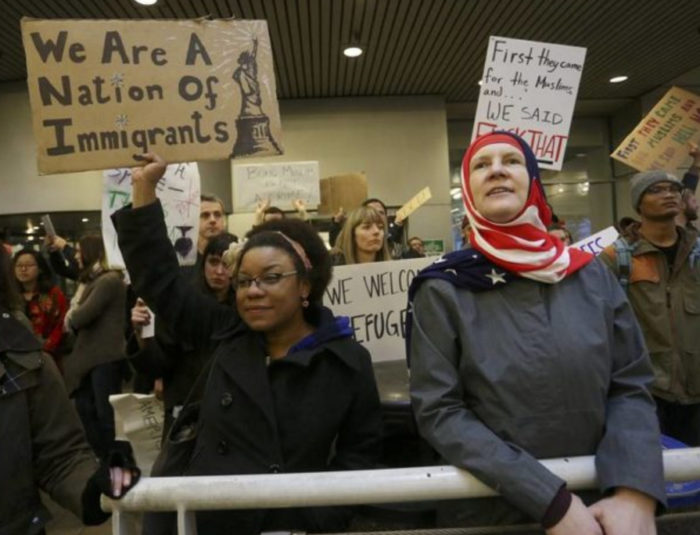 This is precisely why I support the temporary ban. So immigrants can be properly vetted, because the previous administration did not care enough to keep us safe. This is not about being uncaring towards refugees, but protecting our nation from terrorists hiding in plain sight among them.

Liban Mohamed was found guilty in December of attempted sexual assault of a special needs woman. He was arrested last July after reportedly only being in the country for one week.

We are waiting to hear whether his sentencing will go ahead today as originally scheduled. (No mugshot is available!)

A South Dakota newspaper that failed to report on the case of a Somali man convicted of trying to molest a severely handicapped woman, changed gears Wednesday after being outed by WND and decided to publish a story about the crime.

The story ran on page three of the Aberdeen American News under the headline “Sentencing later this month for a man convicted of attempted sexual contact.”

But the newspaper left out an important detail.

The convicted sex criminal, 39-year-old Liban Mohamed, was a recently arrived refugee brought to the state from Somalia at the invitation of the U.S. government. He had been in the country only about a week and in Aberdeen only one day when he wandered up to a group home and tried to molest a 31-year-old mentally handicapped woman who was sitting outside the facility.

Mohamed, freshly arrived in the U.S. just days prior, wandered more than a mile from his hotel on foot and preyed upon a mentally handicapped woman at the Aspire Inc. residential care facility, which houses about 150 handicapped people. His victim was left unattended for only minutes. When a caregiver returned, she caught him with his hand between the disabled woman’s legs, reaching toward her private parts. For the entire story go to: More