It sounds like evil old George is getting ready to intensify his ongoing war against the United States.

George Soros is a menace to the free world and is trying to stand in the way of making America great again. He is guilty a multitude of crimes… He is one of the evilest, despicable creatures on the face of the earth. Where did the Pollyanna whitewash of his past come from in the following article? Shame, shame! 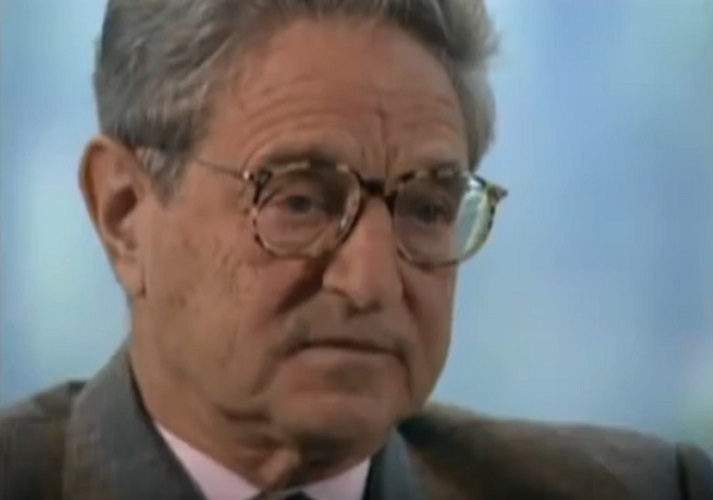 NM: George Soros, the billionaire hedge-fund manager who is a major contributor to liberal and Democratic causes, turned over nearly $18 billion to the non-profit group he started, the Open Society Foundations.

With the bulk of Soros’s fortune, Open Society has vaulted to the top ranks of philanthropic organizations – perhaps the second biggest in the U.S. by assets after the Bill and Melinda Gates Foundation, The Wall Street Journal reported.

Soros Fund Management’s 87-year-old founder now shares influence over his hedge fund’s strategy with an investment committee from Open Society. He is chairman of the committee that is meant to survive him, people familiar with the setup told the newspaper.

Soros doesn’t plan to trade the billions that now belong to Open Society. He had been trading his own money, held separately within the Soros firm, as recently as last year, when he bet—wrongly, it turned out—that stocks would slump after Donald Trump was elected president. More

There are some people, although I don’t really want to refer to them as human beings, that have a deep seeded evil running through their veins. George Soros is the leader of this category. He is a diabolical devil in the flesh. “Well, if I hadn’t taken away that property, then somebody else would have – so it just as well should have been me.” More

STUNNING DEVELOPMENT! Comey, Mueller, Rosenstein Are Linked To Clinton Uranium One Deal... MOST CORRUPT OFFICIALS EVER!