Soros Donates $246 Million To “Day Without A Woman” Supporters 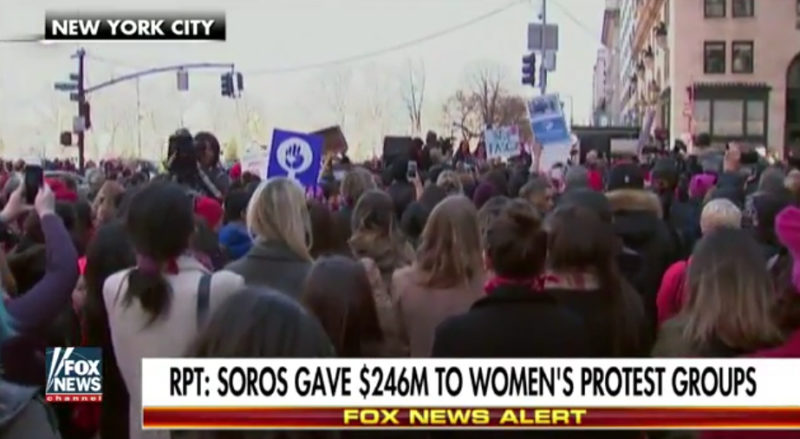 The only thing that would be more satisfying than Soros’ arrest & trial for sedition would be a conviction & life imprisonment.

Billionaire George Soros gave $246 million to groups behind Wednesday’s “Day Without a Woman” protest, according to a report by a conservative think tank.

Wednesday is “International Women’s Day,” and schools in at least four states canceled classes so teachers and staff members could participate in “Day Without a Woman” demonstrations.

While movement organizers say the demonstration is meant to spotlight gender inequality, critics say it is intended to protest President Donald Trump. More

These women should want to be recognized as strong and independent but instead play the victim card. How pathetic, not to mention insulting to all the real hard working women.

Without Any Evidence, Maxine Waters Says Salacious Allegations About Trump In Russian Dossier Are True

Soros Donates $246 Million To “Day Without A Woman” Supporters